Your detailed Official 2019 Labour Weekend Forecast is now out! 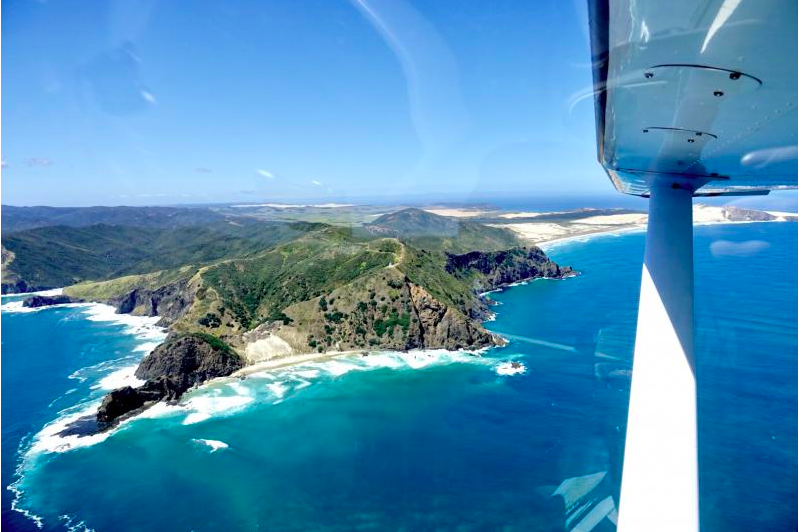 Labour Weekend is well known for being 50% awesome and 50% meh. Will 2019 be any different? We drill down on the forecast for the first nationwide long weekend since the start of June.

In true spring style Labour Weekend weather is often split with a nearby high and a traditional cold front. This weekend is no different but despite being in spring the weather pattern this long weekend does appear to be moving quite slowly. The good news is that sunny and/or dry weather will linger longer for others in the north and east – but for those who have rain clouds, they too may be slow moving.

To make sense of what this means for you, check out our new weather data website www.RuralWeather.co.nz.  (please note it may take 10 seconds to load for first time users). This new site has more NZ weather data than any other website on earth and much more than both NZ Government forecasters combined. You can drill down to see what all of this means weatherwise for where you will be this long weekend – your favourite beach, bach or crib, lake, bush, town, suburb, city and airport. We’ve got it covered at RuralWeather.co.nz.

THE FORECAST:
SATURDAY:
A rapid warm up for the South Island as temperatures jump by as much as 14 degrees by day to where they were mid this week. That is quite stunning!! To give you a great example, Gore has a high of 8 degrees this Thursday but a high of 22 by Saturday – that is a 14 degree difference. You can thank the NW airflow out of the sub-tropics and Australia for that incredibly fast turn around!

The North Island, while dry on Saturday, doesn’t get that warmer nor’west change until Sunday.

Most places are dry but rain is falling in Fiordland. 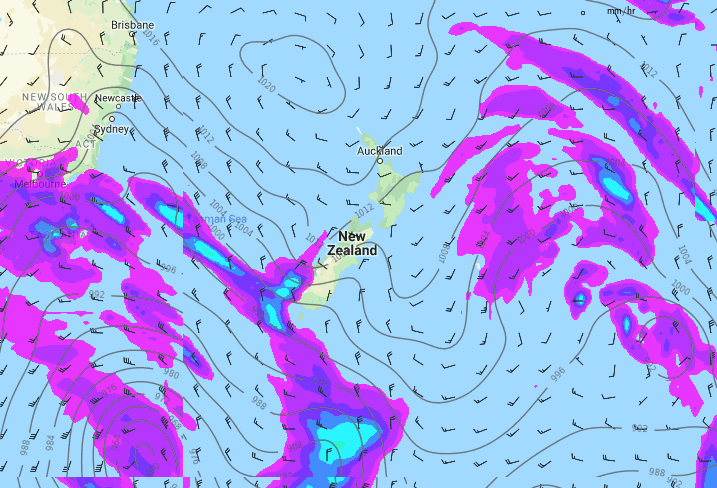 SUNDAY:
Rain becomes heavy on the West Coast and moves northwards into more populated places like Hokitika and later Greymouth and Westport. Rain also spills over into Southland and parts of Otago. It’s still a mild day in the South Island though with parts of Southland and Otago still likely warmer than average.

In the North Island and warmer air is now moving in. Eastern regions, like Hawke’s Bay, will be stunning with highs in the low to possibly mid 20s and sunny skies. High pressure is parked just north of NZ so the further north you head the lighter the winds will be – great news for NZ’s most populated holiday spots in the upper North Island. 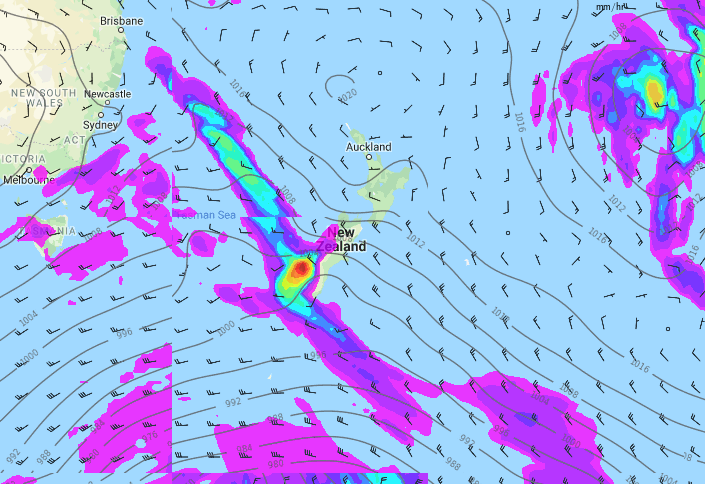 LABOUR DAY MONDAY:
The western rain band tries to move into the North Island but is moving very slowly and falling apart at the same time. Timing is key here and if it arrives earlier on Monday the western side of the North Island can expect showers. If it’s late arriving then many areas may be cloudy but fairly dry. It’s still warm too over the North Island with mild NW breezes in the north and lighter winds elsewhere.

The South Island sees drier weather returning to the West Coast finally but showers will linger around much of the island with some bubbling up inland in the afternoon. Inland areas should still be warm on Monday but coastal areas of Southland and Otago do get a temperature drop and a colder day – down by several degrees from Sunday even. Canterbury northwards, however, will remain warmer than average with highs into the low to mid 20s possible. 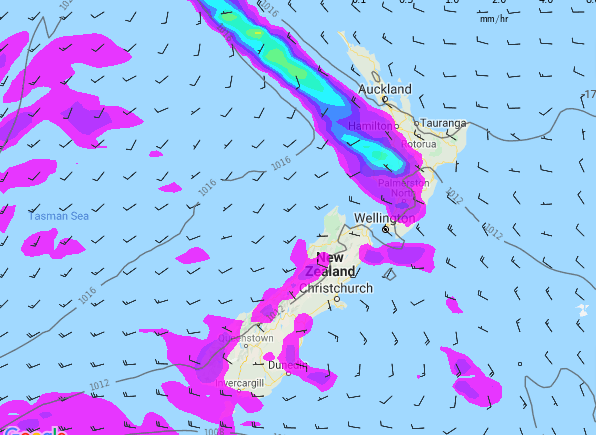