Your Christmas Day forecast – Cloud in the east, sunnier out west (+10 maps) 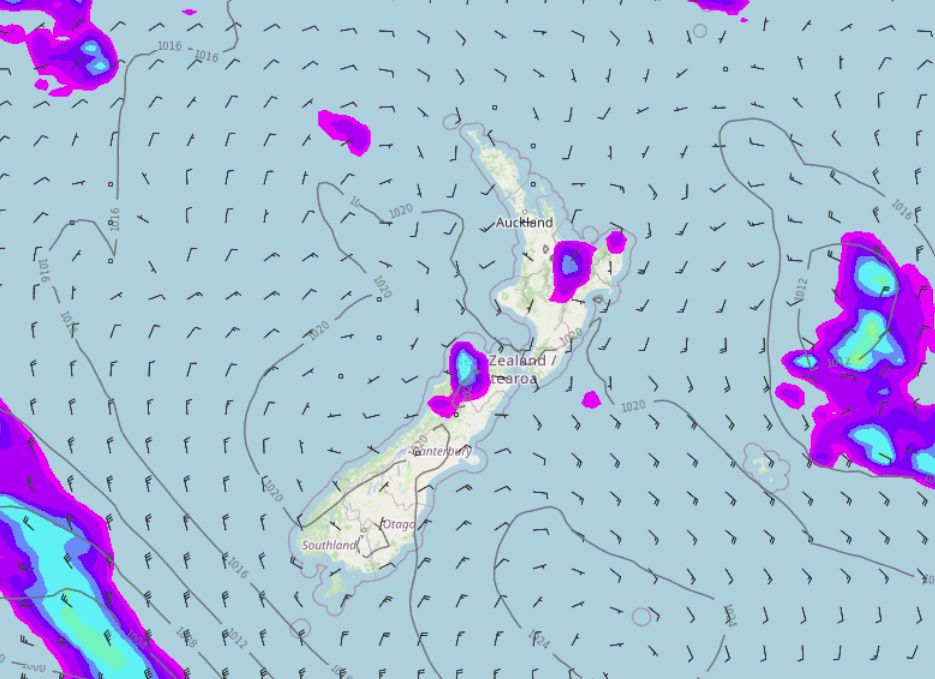 High pressure covers most of New Zealand today bringing mainly settled conditions, expect some cloud in the east with the risk of a shower or drizzle patch mainly this morning. Sunnier and drier out west overall, isolated showers possible about some inland hills / ranges late afternoon and early evening.

Wellington
Mostly cloudy, chance of a morning drizzle patch then clearing. Sunny spells may break through after midday. South to southeasterly winds.
Highs: 18-21

Marlborough & Nelson
Mostly cloudy with any morning drizzle clearing, chance of an isolated shower inland late afternoon / evening. Sun may break through at times from afternoon. Winds from the east, afternoon northerlies for Nelson.
Highs: 20-21

Canterbury
Mostly cloudy with a few light showers or drizzle patches, drying up in the afternoon with sun possibly breaking through. Chance of an isolated shower late afternoon / evening about inland hills and ranges. Cloud clears in the evening. Breezy afternoon east to northeasterly winds.
Highs: 17-23