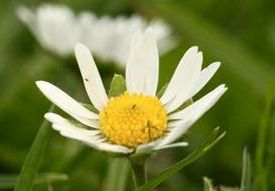 WeatherWatch.co.nz has been sent a number of fantastic photos so far this spring.  Here is a selection of our favourite photos.

And to upload your own photos straight from your desktop, simply click here.

The day was fine sunny and mild with a fresh northerly and high patchy cirrus clouds.
Uploaded by: Peter Shone

Streaks of red stretch across West Auckland. The red brightens the otherwise dull sky. taken at 7:37:13 PM.  Was a surprise seeing the red after a the stormy black clouds covered sky.
Uploaded by: Zelda Wynn

Canterbury cows heading back after the afternoon milking session. The picture was taken between 2 – 3 pm on the 10th of sep 2010 in a farm close to Hororata. The weather was simply perfect sunny and calm.
Uploaded by: Holindu Abhayagunawardena

Dutch Iris bought inside out of the wind. Photographed looking into the sun & sky in the background. Few raindrops on petals.
Uploaded by: Zelda Wynn

..making room for the tulips as Max looks on….8 – D
Uploaded by: David Shone

The day was fine sunny and relatively calm – a complete contrast to the previous 24hours with prolonged rain leading to slips and train derailments on the Wellington western comuter lines.
Uploaded by: Peter Shone

Strange but beautiful all pink sunset in the rain, Take around 6.45pm out the back of Huntly.
Uploaded by: Jeanie Griffin

This is one of the most fascinating sunrises that I have ever seen in recent years.High and middle layers of cirrus and altocumulus combine to create an eerie threatening sky.
Uploaded by: Peter Shone