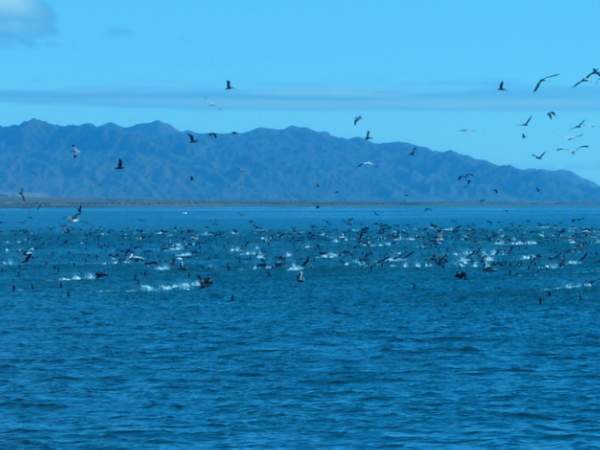 Over the decades and going back centuries even, there have been some wild weather related tales and these are the ones that appear to be factual…

World wettest: the Khasi Hills towns in northeastern India state vie for the title of the wettest place in the world, where the average rainfall is around 11 metres a year (a typical year in Phuket sees about two metres of rain.) The all-time record of 22 metres of rain was reported in the town of Cherrapunji in 1861, with 9 metres falling in the single month of July, the peak of the southwest monsoon season.

The local people have developed ingenious ways of dealing with the extreme rainfall, such as “living bridges” that have lasted for centuries, formed by guiding the roots of trees over streams.

Falling fish: “fish rain” and “frog rain” are examples of a thankfully rare phenomenon in which otherwise flightless animals rain from the sky: rains of fishes and frogs are described in ancient text, and fresh falls happen with surprising regularity, including in recent years India and northern Australia. A likely explanation is that the tiny animals get sucked up into storm clouds by a tornado or waterspout.

Hailstorm army: In 1942, a game ranger in mountainous northeastern India discovered a “skeleton lake” filled with human bones. Authorities feared they were the remains of a Japanese army trying to cross the mountains from China to India. But the bones are now thought be more than 1,200 years old, from a group of about 500 religious pilgrims who were killed by a severe hailstorm.

Studies of the bones indicate they died in a rain of thousands of hailstones up to 20 centimetres across. Their demise accords with a Himalayan folk song in which a goddess outraged by strangers who defiled her mountain sanctuary rained death upon them with hailstones “hard as iron.”

Human lightning rods: US park ranger Roy Sullivan survived being hit by lightning seven times during his career. He said the first lightening strike was the worst, and after the fourth strike he became fearful that some supernatural force was trying to kill him.

Last year a 51 year-old Colorado man Bob Edwards survived a lightning strike for the third time, and he says it’s nothing to laugh about: “It hurts. I don’t know why it’s happened, but I’ve had enough of it.”

Great balls of fire: the phenomenon of ball lightening has been reported for centuries: free floating balls of electricity and light, about the size of a football, which float through the air during thunderstorms. Ball lightening also has an eerie tendency to pass through walls and windows and float about the house, to the discomfort of many witnesses.

No evidence of ball lighting has yet been found – but scientists recently proposed it may be caused by charged particles from nearby lightening strikes that collect on non-conducting surfaces like window glass.

There is actually evidence of ball lightning, at least enough it’s is actually taken seriously by experts. There have even been lab experiments that have hinted how this might be possible and the occasional hypothesis put forward.