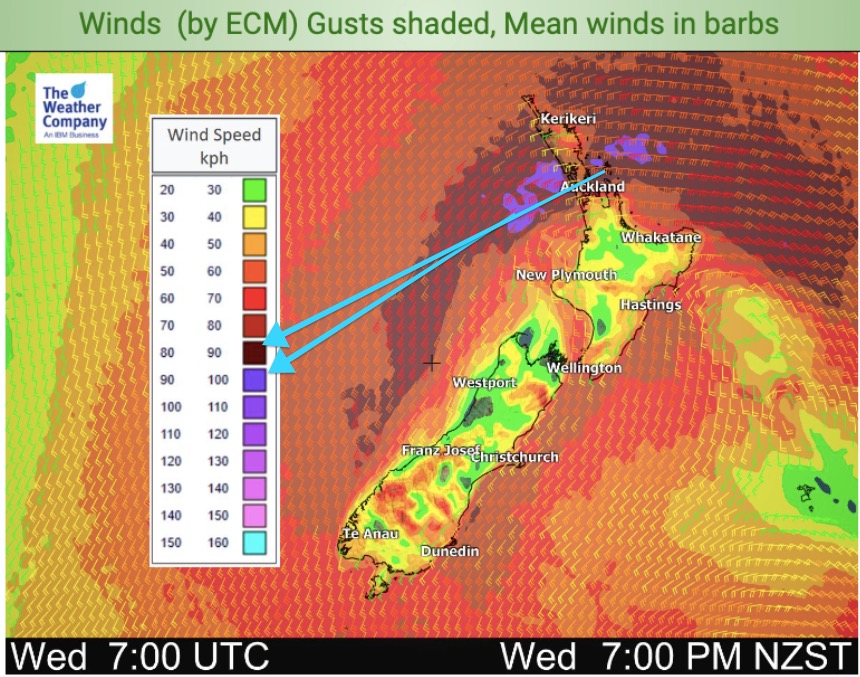 A southerly is racing up New Zealand with the upper North Island dealing with a gale westerly ahead of it.

Winds will build today with a ramping up of peak winds later this afternoon/early evening, before winds ease back overnight in northern NZ.

Gusts will likely be between 100 and 130km/h in some exposed areas around exposed parts of Auckland, Great Barrier Island, Northland and Coromandel Peninsula. However the winds are going to be spread out over a greater distance, which does reduce some peak gusts.

Some of the strongest gusts may be in squally showers.

A few trees are likely to come down and these winds are getting into power outage territory – so be prepared for that, and if working outdoors be prepared for sudden wind gusts (so avoid being near trees).

Meanwhile, in the South Island a colder change brings snow into the mountains, a temperature drop and more heavy rain to the deep south.

The rain will actually be a net positive for the Southland and Otago regions, boosting soil moisture levels (which have been below normal lately) and giving a nice big dusting of snow to the ski fields.