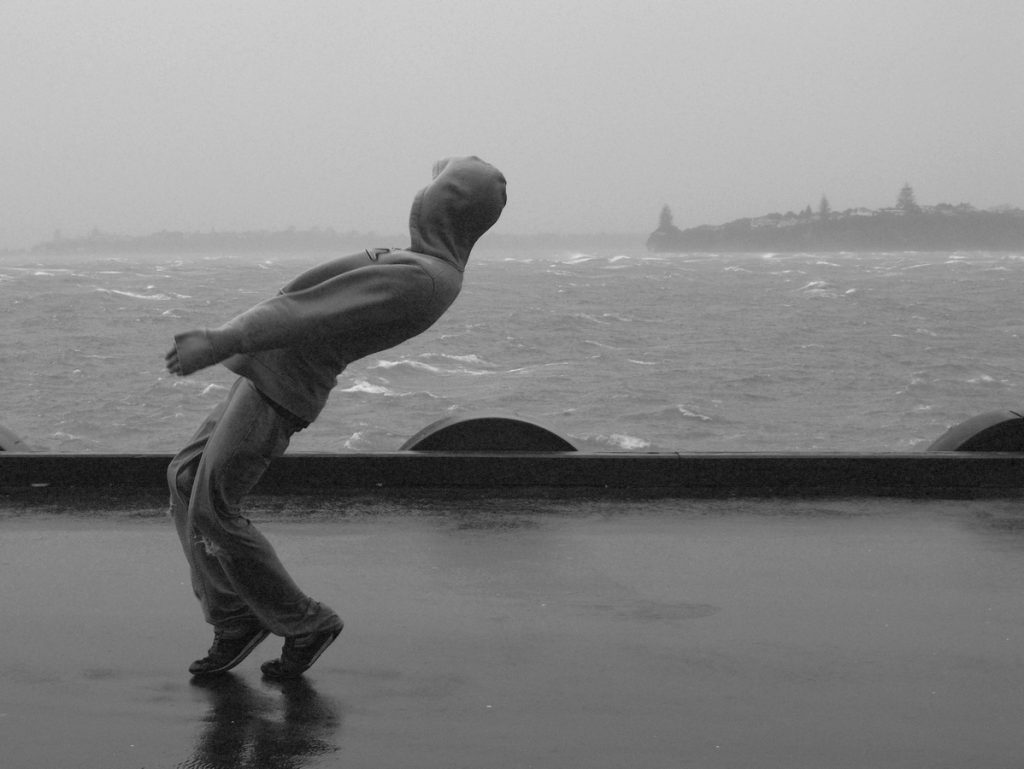 Strong winds have moved in to the North Island’s two main centres this afternoon.  In Auckland winds are gusting to 110km/h on the Manukau Heads with WeatherWatch.co.nz estimate winds are gusting to 100km/h at times about the high rise buildings with the CBD due to the “wind tunnel” effect.

Around Auckland’s suburbs winds aren’t gale force but gusts are strong, reaching up to the 60 and 70km/h mark in exposed places.

Meanwhile the rain clouds have so far held off.  WeatherWatch revised it’s forecast this afternoon saying showers were more likely than rain however says due to the nature of the slow moving fronts some suburbs may see prolonged showers.

“Once a shower lasts more than 30 minutes we tend to describe that as rain, as it’s set in” says weather analyst Philip Duncan.

Mr Duncan says the rain band is only about 30 or 40kms wide but several hundred kilometres long.   “Around Hamilton this narrow but long rain band has brought some relief to dry farms and empty water tanks however the majority of Waikato farms will see little rain today as the front is mostly moving slowly lengthwise rather than west to east”.

In Wellington gale force northerlies have returned for the second time this week with gusts to 90km/h.

Got to disagree with the rain phil it was very heavy rain in Wellington today from about 11am it started an just got progressively worse as the day progressed by the the time 2pm rolled on it was torrential rain i had less than about 50 metres of vis at one stage driving north state 1 through Tawa man we have had some wicked extremes of weather in Wellington lately the rain started to ease off around 4ish as i noticed it started to clear from the south . But we have had the odd shower since then . But by the looks the bad weather has now moved out to sea .