Windy and warm Tuesday for large portion of NZ (+4 Maps) 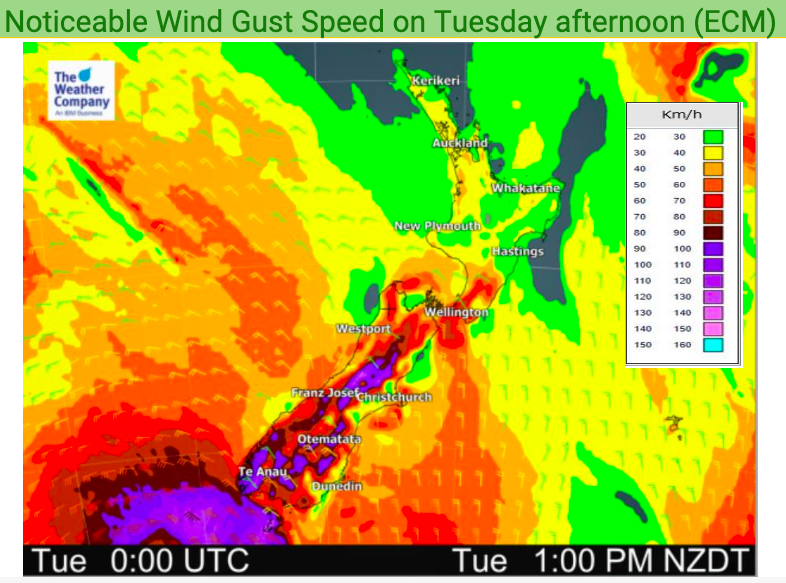 West to north west winds will gust over 120km/h in some exposed parts of New Zealand on Tuesday, pushing temperatures up above average once again in every part of New Zealand.

Other parts of the South Island will again be over 8 degrees above normal – before a cool down comes later on Tuesday and into Wednesday.

Winds will pick up in Wellington and Cook Strait across the day (Wellington has had a number of windy days lately) but peak winds will be through the Southern Alps and surrounding ranges across the day.

The windy weather is a typical spring set up with high pressure to the north of NZ and a low just to our south – putting the squash zone of air pressure smack bang over the South Island and lower North Island.

We’ll have more details and maps in our first-at-4am Forecast News update on Tuesday morning.