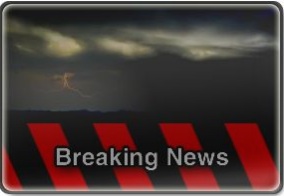 Gales and heavy rain are causing chaos in the upper North Island into the afternoon, with the wild weather forcing the closure of Auckland’s Tamaki Drive and cutting power to thousands of homes.

The atrocious conditions are being fuelled by ex-cyclone Ita, which is battering Northland and Auckland as it sweeps down the country.

The Metservice said winds had gusted up to 129km/h at Cape Reinga in Northland, and up to 128km/h in Auckland. Heavy rain had also been falling in both regions, including torrential downpours of up to 10mm an hour.

In Auckland, extensive flooding up to waist height in places forced the closure of Tamaki Drive, from the Strand to Kohimarama Road, from 9am today.

Pictures posted to social media show large waves crashing over the seawall onto the road and inundating parked cars. The flooding has knocked over rubbish bins, with the floodwaters strewn with debris.

The high tide arrived at 8.42am and would recede over the next few hours, as police and firefighters dealt with flooding in the area.

Auckland Transport closed the road before 9am.

“We’ve got about 15,000 people without power and a lot of reports of debris and trees down,” he said.

“As far as we’re aware, by far the worst affected road is Tamaki Drive. We’ve not had any other reports of major road problems.”

Mr Walters warned there would also be localised surface flooding “all over then place”.

At Devonport on the North Shore, a trimaran apparently broke free of its moorings and washed ashore. Photos show the yacht perched precariously on the footpath and foreshore of the beach.

Firefighters in the north of the country have been “flat tack” responding to wind damage this morning, with west Auckland and the North Shore apparently worst affected.

Northern fire communications operations manager Eric Smith said there had been a lot of calls to trees down on roads or power lines. There had also been calls to roofing tiles lifting.

Lines company Vector is scrambling to restore power to customers across Auckland.

More than 109 traffic lights were out across the city, and drivers were warned to take care.

The New Zealand Transport Agency said winds had gusted up to 98km/h on the Auckland Harbour Bridge, and there were reports of surface flooding on some sections of the city’s motorway network.

Meanwhile, State Highway 25 in Whitianga has been closed due to flooding, police say.

The highway is closed around the Wade Rd, Mcleods Straight area as the road is currently submerged and impassable due to weather and high tides.

Many roads around the Whitianga and Tairua area are currently affected by the weather with minor rock falls and land slips.

Why was there so much build up for the cyclone that was meant to hit us a short while ago.. we tracked it for days… and it really was nothing in the end, just a bit of wind and rain but most people wondered what all the fuss was about…

Where as this storm we knew hammered QLD but yet there was bascially nothing across all media about any possible impact to NZ and then it hammers NZ…?

I agree with other comments – I feel the public need some serious self-reflection from the media on why they overlooked the seriousness of this storm. There have been plenty of ‘weather-bomb’ beat ups before, and silence on this one. I’m not saying we need our hands held and be spoon fed every potential danger, nor should we each avoid taking responsibility for ourselves, however if the media beat the drums about some storms and not others, the media do need to take some responsibility for how unprepared many people were on Thursday morning. Fess and up and explain please.

You would not read about it. A warm and nasty TD and what do we get hit by … a cold and destructive southerly.  Sheesh it was pretty crisp air. When I went back to bed it was gusting at 125 km/h SE, 6.5C windchill. Hello winter. Ratshit how we get the SE so cold compared to other areas.