Widespread rain and storms for Queensland and New South Wales 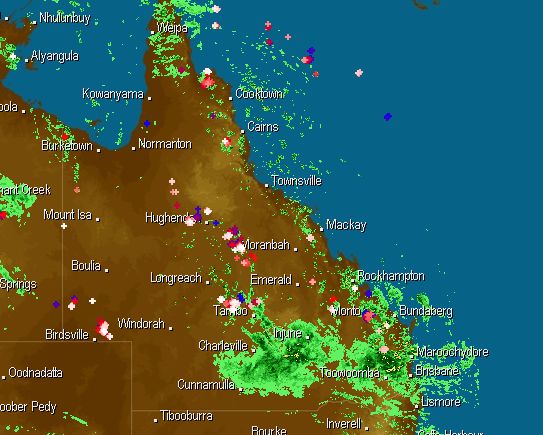 Moist winds feeding into a broad trough over the southern interior of Queensland have caused widespread rain and storms in the last 24 hours.

Especially heavy showers fell in southern Queensland and northeastern New South Wales due to a large storm band firing up late in the afternoon on Thursday 3rd.

Widespread 40 to 90mm was recorded to 9am on Friday 4th along the eastern QLD/NSW border, with isolated heavier falls.

Brisbane Airport saw 15mm in 10 minutes at times, bringing a daily total of 59mm to 9am, their wettest for March in six years.

Heavy totals were also recorded along the Northern Rivers. A storm dumped 14mm in only 10 minutes in Grafton. Murwillumbah saw 61mm to 9am, their heaviest falls for March in five years.

The trough is moving further north, allowing rain to ease over New South Wales, but southern Queensland is likely to again see widespread rain and storms this afternoon.