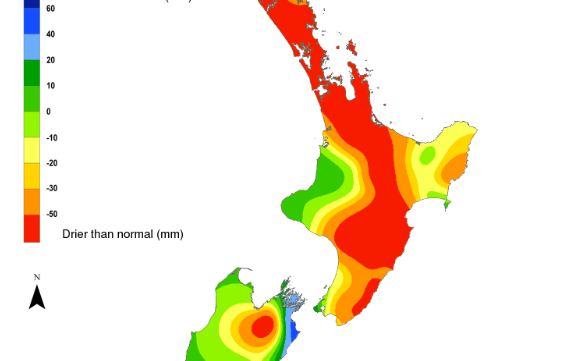 The run of warmer than normal days and lower than average rainfall has lead to much drier conditions underfoot than you’d expect for this time of year.

With just a few weeks left until the shortest day of the year normally by now NZ has had a number of nationwide rain events and nationwide southerlies, instead it’s been remarkably settled for much of the year. As many of you know this week we have a big change in our weather pattern but once again some of the driest parts of the country will get the lower rainfall totals.

Farmers in regions typically muddy around May and June are saying the ground is still firm, soil temperatures are above normal and it doesn’t feel like winter is just around the corner.

But it is – and we do have a wetter, windier week coming which ends on a cold note. On Saturday the daytime high in northern NZ will be in the lower teens, rather than the lower 20s this past weekend. In the South Island Queenstown ends this week on a truly wintry note with perhaps the first snowfall of the year in the town by Friday and Saturday with highs of only 3 or 4 degrees.

However rainfallwise, even with the wintry blast coming later this week, not all regions will be getting big rainfall totals – and certainly not enough to reverse the big dry that has set in so far.

RAINFALL ACCUMULATION MAP – Ie, how much rain is likely to fall between today and midnight this Sunday (7 days): 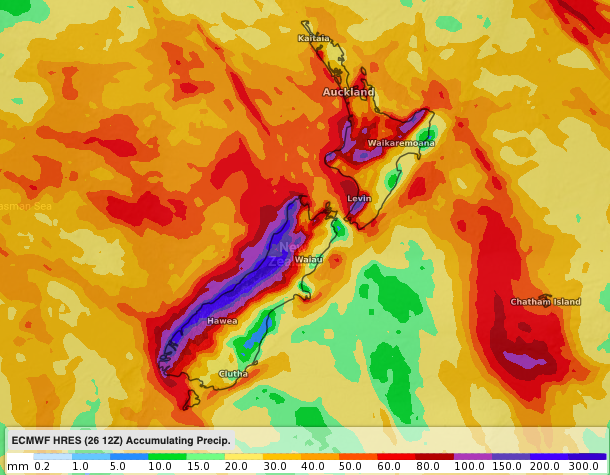 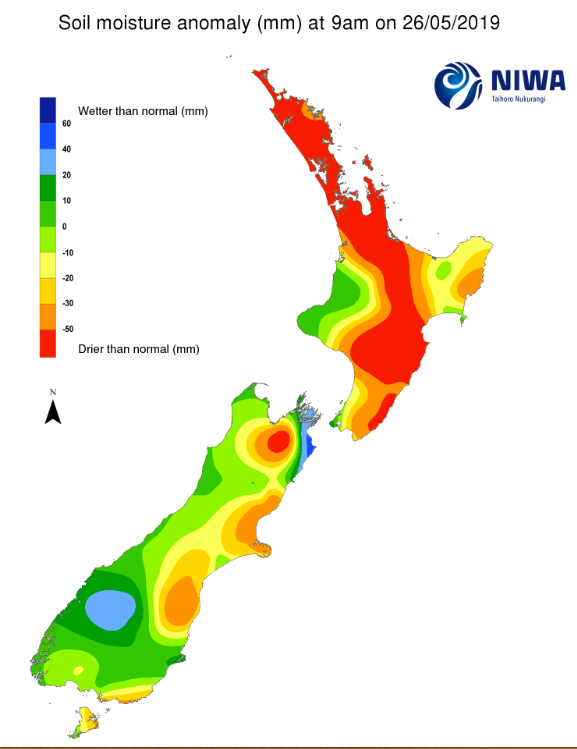 – Map provided by the National Institute of Water & Atmospheric Research – a Crown Research Institute 100% owned by the NZ Government/NZ Taxpayer.