What’s coming up this week weatherwise 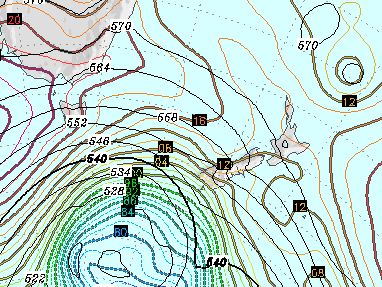 WeatherWatch.co.nz takes a look at any severe weather that lies ahead this week.

It’s been incredibly busy weather-wise for the past month but conditions are going to be a little more settled this week for most New Zealanders and Australians.

While the tropics within our satellite map are expected to remain much quieter this week the focus will now shift to the Southern Ocean and activity there.

Heavy Rain
The South Island will continue to see heavy rain on Monday pushing up the West Coast.  Rain warnings are currently in force.  More heavy rain could move in next weekend to the upper North Island and lower South Island at the end of the week too – however at this stage it’s too far out to be certain and most computer models aren’t picking an aggressive system.

Severe Gales
Gale force winds are going to affect central New Zealand on Monday as a low in the Southern Ocean pushes against a high over northern New Zealand.   It’s possible those winds may reach severe gale at times in exposed places.

Windy Weather
Windy weather will be off and on this week as deep lows in the Southern Ocean churn by.  They are likely to bring plenty of changeable weather to the South Island especially with strong winds chopping and changing from north west to south west.  Very much like a spring set up.  This is expected to continue into the weekend at least meaning a mixture of hot and cold days for those in the south and east.

Tropical Cyclones
The next three days will be cyclone free with the next five days likely to be similar.  However it’s possible a new tropical storm will form due north of Australia in the Gulf of Carpentaria on Friday.   It’s outside of our forecast zone but we’ll keep an eye on it anyway, being so close to the regions hit by Yasi.  Only one model that we use is predicting this low at this stage.

Other Tropical Development
The long range models also indicate a low of either tropical or sub-tropical origins will form north east of New Zealand next week and track north of us in a south west direction towards the New South Wales coast.  At this stage the models don’t show this low as being anything more than a weak depression.  We’ll watch it closely though and keep you up to date as we are in the peak of the cyclone season now.

When are we going to see a summer in Dunedin? Next year?

May well be next year as La Nina doesn’t favour hot sunny weather in Dunedin – instead you get more cloud and winds off the sea.  Maybe some sunnier, more settled weather coming next week though.

Hi Guys
I see there is a high likelihood of a new cyclone forming south of Fiji in the next 24 hours. Maybe we may see that here this week?

What are the odds of Cyclone Zaka comming to Northland? strength and amount of rain?
Have to fill in stop banks quickly! still a lot of flood water from last week lying about.

any news on this upcoming cyclone/low heading to nz???