Home > News > What will conditions be like where the E...

What will conditions be like where the Eye makes landfall? 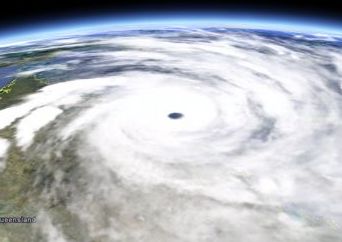 Also, I understood that they eye was the calm in the middle of the storm, yet in one report I read that the winds in the eye would be up to 300km/h. So what exactly is the eye?”

So the centre of the eye is usually calm and clear.

Residents near Innisfail will actually see the stars twinkling in the night sky as it passes over – very eerie – but just 25kms north or south of the eye’s centre, on the outside of it, lie the strongest winds with gusts near 300km/h.

Of course once the eye passes over those same severe destructive winds return but from the opposite direction along with the torrential rain.

As far as where the storm hits – that will be the area with the damaging gales. In this case that area is 300kms wide. The destructive winds (up to 300km/h in diameter) cover an area that’s just over half that width (175kms).

What is going to happen with the long tail out behind Yasi?

Depending on what satellite map you’re looking at the main area of gales and rain is where the clouds are bright white, or dark orange.  The outer feeder bands are mostly high cloud with little to no wind (much like the conditions that preceded the storm).  In 12 to 24 hours conditions will start to improve from the east.

I’ve been following the MTSAT Infrared Colorized Image Loop shown in your “Intense Cyclone Yasi nearing Landfall (+Maps & Links)” and it looks as if the ‘tail’ could be turning into another TC as when we saw ‘Yasi’ forming.

No that area is mainly localised heavy showers.  Not an area of threat at all, even though it looks a little dramatic on the infra red maps.

Whew – thanks – another would be just too much.