What is “wind chill”? 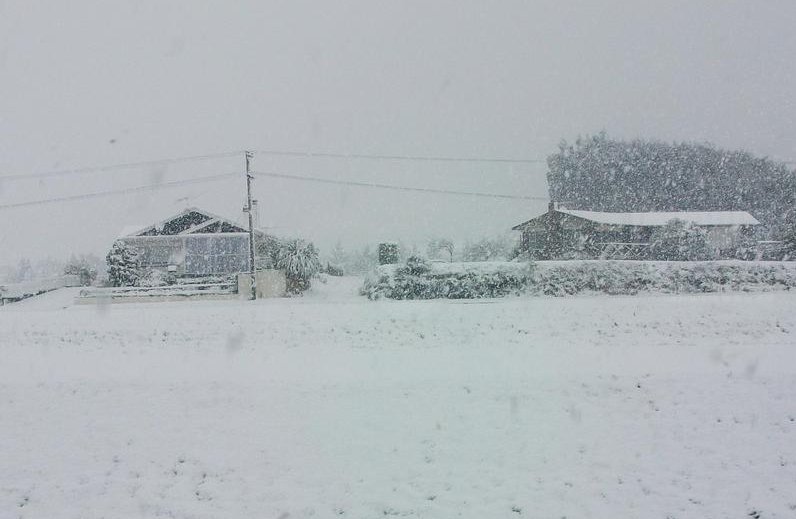 Pretty much everyone knows that if it’s cold outside, it will feel even colder if the wind is blowing.

But why is that?  Does it worth the same way on animals?  What about cars?  And just how do you figure out how much of the factor the wind really is?

So what is “wind chill”?  Simply put, it’s how cold you THINK it is, rather than how cold the thermometer says it is.

Here’s how it works; our bodies lose heat at a certain rate through exposed skin.  As the wind increases, the rate of heat loss increases because the wind draws heat away from the body.  That makes your skin colder which in turn results in your internal temperature dropping.  That means that not only does the wind make you feel colder, you ARE colder.

Let’s say that the air temperature is -10 C and the wind is blowing at about 15 km/h.  You will think it’s actually closer -20 C.  That’s the wind chill temperature.  Keep in mind, this is on exposed skin.  So, the better you’re covered, the less of an effect the wind will have on you.

Here’s a link to the US National Weather Service’s Windchill Chart.  The chart is in Fahrenheit and uses MPH for speed.  However, at the bottom of the page there is an actually calculator where you can use either Fahrenheit or Celsius and either MPH or KM/H.

Or if you like, you can figure out for yourself.  Here’s the formula:

The wind chill does NOT affect inanimate objects.  It can make something like a car’s engine cool down faster than it would if the wind was calm.  However, it can’t cool the engine below the air temperature.

Wind chill plays an important role in determining how quickly someone could develop frostbite or hypothermia.  Whilst those two conditions aren’t as likely to affect someone in New Zealand as they are likely to affect someone in say, the United States, the Wind Chill Factor is still an important tool here.  You need to make sure you dress for the wind chill temperature and protect your animals based on the wind chill temperature, not the air temperature.

Because the bottom line is; the wind chill temperature is the only temperature your body (and your animals’ bodies) care about.

But doesn’t the direction the wind is blowing from plays and important part?

Hi there, yes it does – in New Zealand usually southerlies and south easterlies are our coldest wind directions, but it’s really the air flow that makes the difference.  So you might have a southerly air flow but locally the wind at your place may be an easterly or even a nor’easterly which can also be very cold as the air that’s moving in is coming from the south, but just changing direction at your place maybe due to local topography.  Our most obvious wind chills usually come from the south and east though, but also the south west.

I personally think that Wind Chill should be kept to farming forecasts as it’s a little pointless and confusing otherwise. Many people don’t understand it and they often think it’s going to be colder than it actually is. It depends on so many factors like layers of clothing, moisture, etc.
Wind chill becomes a buzzword just like ‘weather bomb’ for media use.

Hi Andrew, thanks for the email – I actually don’t agree with you. Weather bomb is overused by journalists and people who don’t understand the technical meaning, but wind chill is something we all experience everyday..  In fact, a strong argument can be made that the airport air temperatures are frequently not a useful guide during periods of cold winds.  Auckland is a great example, it’s far enough north to maybe enjoy a high of 13 degrees but in the wind on a very cold day it may feel like 8 or 9 – for urban people that is a more relevant temperature to prepare.  What we really need is two temperatures everyday – we’re currently looking into this for some markets but it’s still a way off from being implemented.

I’ll love to see the wind chill integrated into the forecasts.