Wet and windy – #WeatherRisks on Tuesday 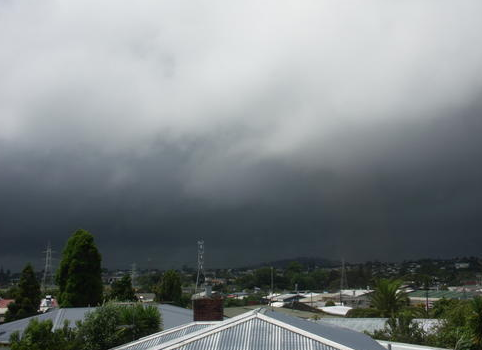 It’s a pretty congested setup above us on Tuesday, with a west to northwesterly airflow over the North Island, a frontal system pushing into western parts of the island late in the morning, and another front moving onto the southwestern corner of the North Island in the late afternoon…

It’s set to be wet in the west of both islands at times, while other areas may be in for less of a soaking – or just some heavy cloud and a bit of fleeting drizzle.

Not so much in the rain department, but a series of fronts will cross over the North Island on Tuesday, bringing a few isolated heavy falls about Taranaki, Auckland, and the Waikato any time from late morning and through the afternoon, before easing later on.
Most of the shower activity won’t be too much to worry about, but a few isolated heavy falls are possible at times throughout the day.

In the Cook Strait, northwesterly winds will be strong – gusting to gale at times – before a southerly change sets in during the afternoon, at which point they will ease.