Weekend weather headlines (x3): Place to be this weekend, Do you want a thunderstorm? Easter weather 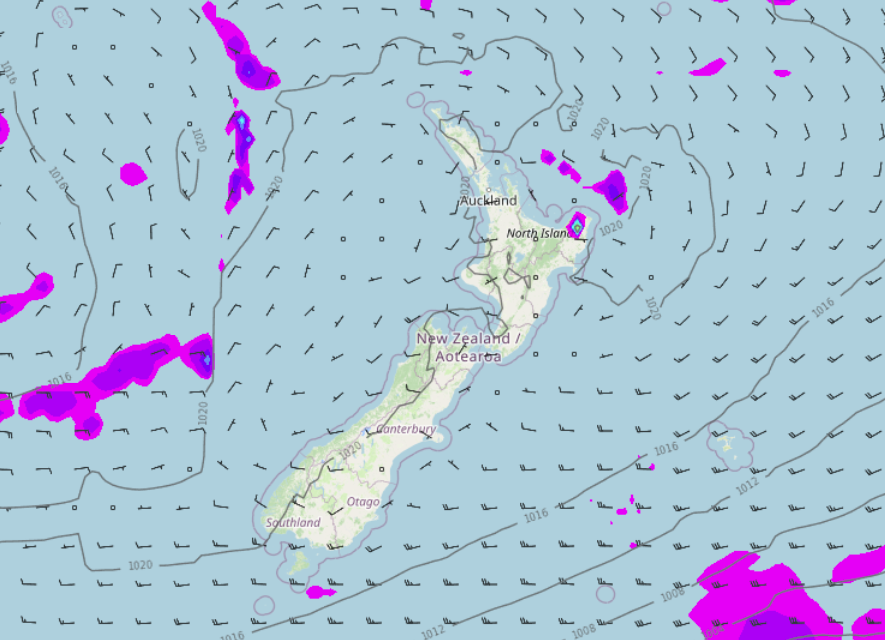 PLACE TO BE THIS WEEKEND

Most places will have a nice weekend with areas of morning low cloud or fog then afternoon sun, some coastal areas could have more persistent areas of cloud during the days. In the North Island I would pick Northland as the pick of the bunch thanks to a combination of light winds, little cloud and warm temperatures reaching up into the mid twenties especially inland.

In the South Island anywhere from Central Otago up through to Nelson through the middle of the Island is looking nice and mainly sunny, there will be a few areas of fog morning and night otherwise conditions are good. Temperatures not as warm as up north but still reaching between 21 to 23 degrees.

DO YOU WANT A THUNDERSTORM?

Well I would like to give you a thunderstorm but conditions for the week ahead are not looking all that great for them. A front pushing northwards over the South Island on Tuesday next week brings rain in the west, a low risk of a rumble or two also.

As the front moves over the North Island on Wednesday there is a chance of some instability passing through in the west there. At this stage I would say it’s just a low risk.

The only thing I’ll say at the moment is long range models are suggesting New Zealand could be under a westerly quarter airflow at the time. So wet or cloudy weather in the west, drier warmer weather possible in the east. This can and still will most likely change before Easter arrives but perhaps it gives us a smidgen of thought as to what may unfold.

Rain chart below through to Sunday 17th April.