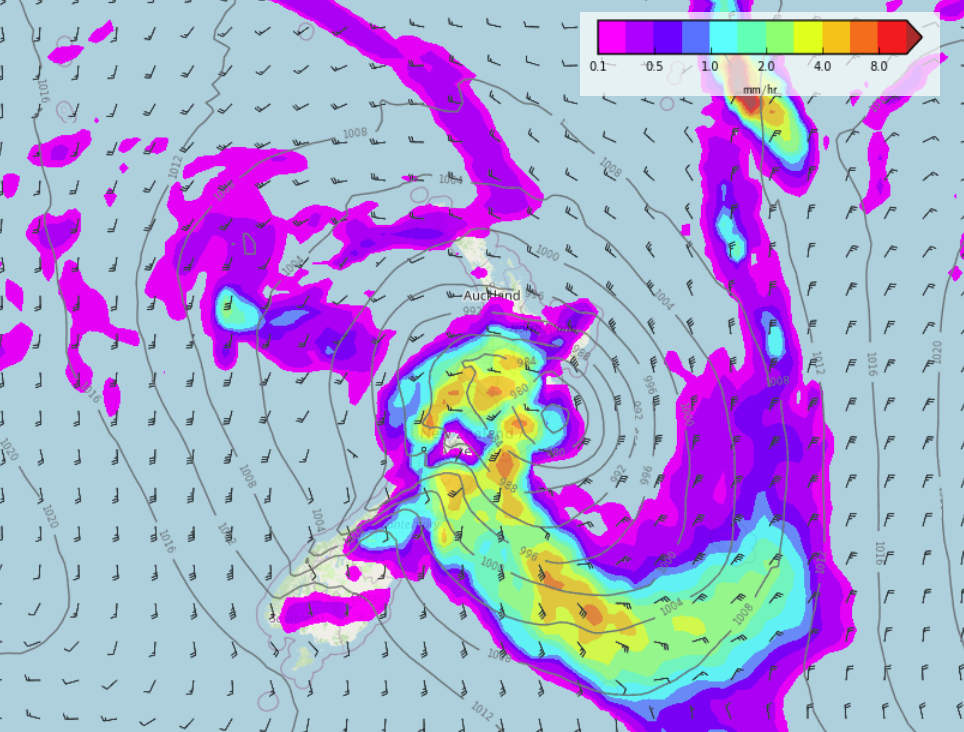 The short and simple for this weekend is conditions are looking mainly settled thanks to a big high pressure system, cool mornings and mostly sunny afternoons with afternoon highs in the late teens or early twenties (the warmest spot will be the upper North Island, Waikato through to Northland). There will be some cloud about in various places at times, more for your location at RuralWeather.co.nz

ANY WET WEATHER OUT THERE?

With an anticyclone in control we are pretty hard pressed to find any wet weather today, there are a few spots which may get a little damp though. The Kaikoura area this morning may have some drizzle then in the North Island Hawkes Bay and Gisborne could see a few light showers drift in this morning, clearing this evening.

Finally coastal parts of Buller could see a light shower or two this afternoon then perhaps a little further south about the likes of Greymouth or Hokitika this evening.

WHAT ABOUT THE LOWER SOUTH ISLAND, WHEN WILL RAIN MOVE IN THERE?

The next shot for rain about the lower South Island looks to be Tuesday afternoon next week when a cold front pushes in, rain eases to a few showers overnight and these clear by Wednesday evening. It’s not exactly a deluge, more in the range of 5 to 10mm, hopefully that figure builds a little as we head towards early next week.

Our low pressure system is still on track to move down over the North Island on Tuesday / Wednesday next week. At this stage the upper North Island sees heavy rain move in from the north into the second half of Tuesday with strengthening easterly quarter winds, gale force winds look possible in areas exposed to the east. Then overnight and into Wednesday the low drops south over the North Island with heavy rain possible in the west and south of the North Island, potentially the upper South Island also. As the low drops down winds will be strong to gale from the north on the eastern side of the low and strong to gale force from the southwest on the western side of the low.

Thursday sees the low gradually move away to the southeast and conditions ease.

The exact movement of this low can and will most likely still change between now and Tuesday next week so keep an eye on our maps here for the latest. The eastern North Island overall still has a good shot at heavy rain from this low if the centre of it passes a little more to the northeast as it moves down in a southeasterly track.