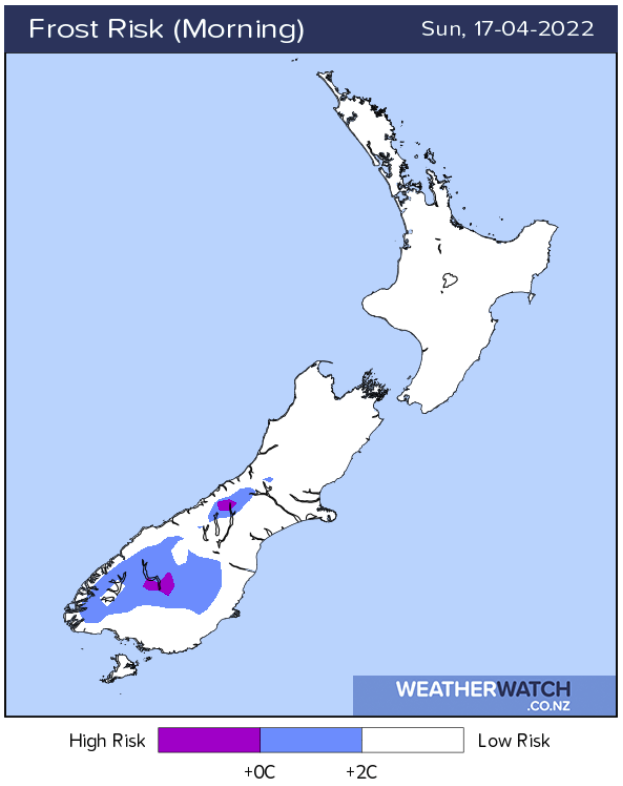 For today’s forecast please check out the story previous to this one.

Sunday still has cloud for eastern regions, perhaps a light shower or two especially the eastern North Island, sunnier and drier out west but Coromandel northwards sees showers with breezy easterlies. Some rain may start to appear about northern parts of Northland later in the day or overnight. The western and upper North Island is the warmest with temperatures getting into the early twenties. Some parts of the West Coast are not far behind getting into the late teens. Eastern regions generally sit in the mid teens (eastern South Island) to late teens (eastern North Island).

Cloudy for most of the North Island on Monday with showers or rain for East Cape and also north of the Waikato with easterly winds. The Southwestern corner of the North Island sees some sun though (Taranaki to Wellington). The South Island has mostly sunny weather with any early cloud in the east clearing, Fiordland has some cloud with northerly quarter winds. Perhaps a touch of high cloud lying across the far south also.

For more details on your location this Easter please head to RuralWeather.co.nz and use the search function.

With a big high pressure system planted over the South Island on Sunday and Monday there is the risk of frosts about inland areas in the morning’s, mainly for the southern half.