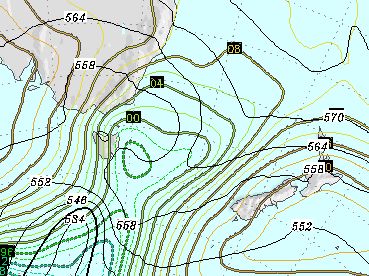 The weekend is going to see rain falling in most places predicts WeatherWatch.co.nz as a large high departs to the east and rain moves in from the west.

The low producing the rain is also responsible for bringing severe weather to Tasmania over the past few days.   Some parts have had almost half a metre of rain in just 48 hours leading to one of the heaviest downpours in almost 50 years.

Luckily the system will have lost some of its intensity by the time it reaches our shores but New Zealand’s government weather forecaster says there are low to moderate chances of rain warnings being issued for Westland, Nelson, Taranaki and East Cape this weekend.

Rain will spread into all western areas during Saturday with some heavy falls.  WeatherWatch.co.nz says a “moderate” chance of isolated thunderstorms remains in place for the entire western coastline with the highest risk being between noon Saturday and Sunday morning.

Widespread thunderstorms are not being predicted.

WeatherWatch.co.nz says winds won’t be too strong with gales mostly south of New Zealand in the Southern Ocean.

Saturday should be mild right over New Zealand under a northerly flow but Sunday will see winds turning to the south for many regions knocking a couple of degrees off the daily highs.

Conditions on Monday look more settled however winds from the easterly quarter in the upper North Island should return early next week as an ex-tropical cyclone passes to the east of East Cape.

Any chance that your wrong with your predictions for Saturdays weather?

Id be happy with occassional showers rather than full on rain?

Have a major event planned for Saturday, can’t postpone it and rain is going to kill it.

Our data shows what you’re wanting – more fo the patchy stuff.  There could be some heavy falls but we aren’t expecting a repeat of the rain we had on Monday.

I’m all packed to go camping this afternoon at Waihi Beach.. Is this a good idea!? Do you think the forecast weather warrants a cancellation?

Hi there – depends on whether or not you like rain!  The weekend looks at least 50% wet, with conditions improving on Sunday.

Thanks – I don’t mind a bit of rain but would like for the tent to stay intact!