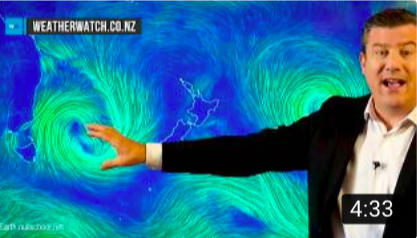 Itâ€™s a fairly hot end to the working week with most regions a few to several degrees above normal but by Saturday a little bit of rain moves into the North Island and behind it most of the country has a temperature reset.

Friday and Saturday sees rain move up the western side of NZ, even as far north as Waikato, Auckland and Northland on Saturday – but rainfall totals may not be much for everyone with the front fall apart as it moves in.