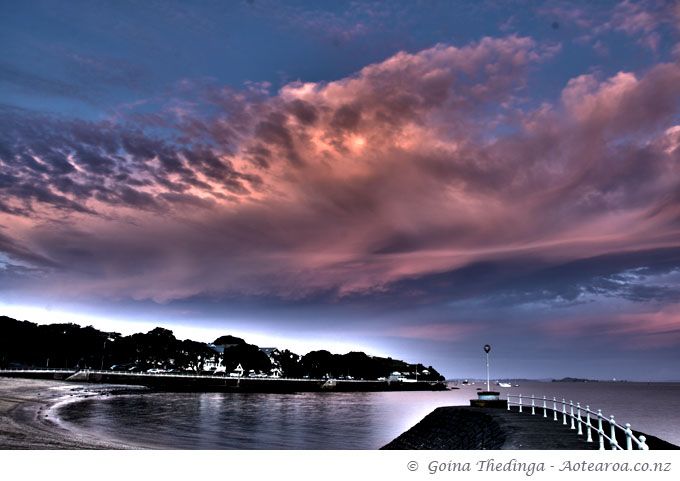 Welcome to our new Saturday feature “Week in Weather”.  Each weekend our new contributor Drew Chappell will compile his top stories of the week from WeatherWatch.co.nz.  In the coming weeks Drew will also be bringing more rural stories to the site for our farming, agricultural, lifestyle and rural readers.  (Drew is the General Manager of News & Current affairs for Country TV on Sky channel 81).

Last Sunday was a shaky end to the weekend for the centre of the country, with a 6.5 magnitude quake damaging buildings, disrupting power supplies, and causing sinkholes through Wellington city.

Four people were injured, and many vehicles were damaged, with dozens still stuck in parking buildings in the capital’s CBD, while the town of Seddon, in Marlborough, was also hit by powercuts.

Numerous aftershocks have shaken the area in the subsequent days.

NIWA has since mapped the Cook Strait sea floor, in an effort to find the precise source of the quakes – read more here.

Residents in Hawke’s Bay were warned to keep emergency supplies on hand, in case a similar quake were to hit the region – something that happens on average every 5 or 6 years.

See a full graphic of all quakes in the Marlborough region since Sunday, here.

Australia was next in Mother Nature’s firing line, with wild weather hitting Perth and the WA struck by a fast moving low pressure system on Tuesday.

The low moved across the country over the next several days, affecting NSW, TAS and QLD, although it did run out of most of its puff by the time it reached southern QLD.

It was a case of four seasons in two days for Melbourne residents – after record high July temperatures for most of the month – icy winds, thunderstorms and all round nasty weather struck to leave people and animals very confused.

Earthquakes were also making headlines in China, as a powerful and shallow 5.5 magnitude shake killed nearly 100 people in the Northwestern Gansu Province.

Nearly 600 people were also injured during the quake, which hit along the border of the Min and Zhang counties, according to state news agency Xinhua.

The epicentre was 13 kilometers east of Chabu, and 177 kilometers southeast of Lanzhou, according to the US Geological Survey.

Confirmation of what many people already knew – this year’s drought was the worst in nearly 70 years.

The MPI commissioned study, which was undertaken by NIWA, found the drought was the worst since 1945-46, with a larger geographical spread than that event.

The worst affected areas, according to the study, were the Hawke’s Bay, Wairarapa and Northland, while the West Coast of the South Island, and northern parts of the South took it pretty tough as well.

And in a bit of shameless self promotion, WeatherWatch launched its very own FREE APP this week so check it out!