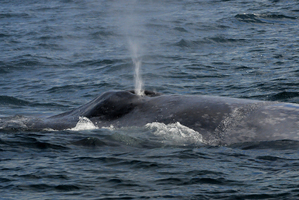 With Waitangi Day falling on Thursday, most of us have had a shorter week than usual, but that doesn’t mean it’s been any less eventful.

We started the week with some mixed news – New Delhi had taken the world’s most unwanted climate prize from Beijing – that of “World’s Most Polluted City”.
It may seem an academic argument when you’re wiping sulphate-saturated tears from your eyes, or coughing up a lung while sightseeing at the Forbidden City or the Red Fort, but at its worst, air pollution in New Delhi this winter was 60 times higher than the level considered safe, the research from India’s Center for Science and Environment (CSE) reveals.

Staying in Asia, and Indonesia’s Mount Sinabung erupted this week, with plumes of ash spewing more than a mile into the sky Saturday and descending in superheated clouds.
Scalding ash up to 700 degrees in temperature raced down the slope in just two to three minutes.
By the end of several eruptions, at least 15 people had been killed, a government official told CNN.
It was the first time Mount Sinabung’s volcanic output had resulted in deaths, the Jakarta Post reported.

In the United States, their weather woes continued this week, while hundreds of thousand of people across the Midwest USA remained without power after Wednesday’s snow and ice storm, according to a CNN tally of outage figures provided by electric utilities.
In Philadelphia alone, electric provider PECO said that at the peak of the outages midday Wednesday, more than 623,000 homes and businesses were without power.
That number had fallen to about 431,000 Thursday afternoon, according to the company.

On the other side of the country, and at the other end of the scale, the world’s 12th largest economy, California, was officially declared a drought zone.
Governor Jerry Brown declared a state-wide “mega” drought and asked residents to voluntarily cut water consumption by “at least 20 per cent”.
The official declaration means California can request federal aid and be more flexible with water transfers from the state’s massive irrigation infrastructure, says Heather Cooley, co-director of the Water Project at the Pacific Institute.
She says that though populous Southern California has got off fairly lightly, “we’re already seeing mandatory restrictions elsewhere, as drought impacts vary across the state, with some areas hit harder and earlier than others”.

Staying with the drought theme, halfway across the world, in Queensland, the town of Cloncurry, Mt Isa, is preparing for total evacuation, after the better part of two years without rain.
The mayor of the inland community says evacuating its 3000 residents will be a last resort.
But that option is part of an emergency plan now being developed in response to dwindling water supplies.
Mayor Andrew Daniels says residents are now on the toughest water restrictions – with domestic use restricted to the bare essentials of bathing and cooking – as Cloncurry’s two sources of water dry up after two years with no proper rain.

Back a bit closer to home, the fine weather over most of the North Island this week had nothing to do with a king tide that led to flooded roads around Auckland and strong currents in beaches towards Northland.
There was some minor flooding in some parts of the Island, but nothing to write home about.

On a lighter note, there were several sightings of Blue Whales off the coast of the North Island this week, where the world’s largest animal remains one of the planet’s most elusive creatures.
They were intensively hunted in the Southern Hemisphere during the whaling era, dramatically reducing their numbers.
The creatures were spotted by scientists on a research expedition in the South Taranaki Bight led by NIWA marine ecologist Dr Leigh Torres.

And finally – want to know what the rest of your weekend is gonna look like? Check out Phil’s latest weather video, here.

Remember you can check out our Facebook page here, and don’t forget to vote in our latest poll!