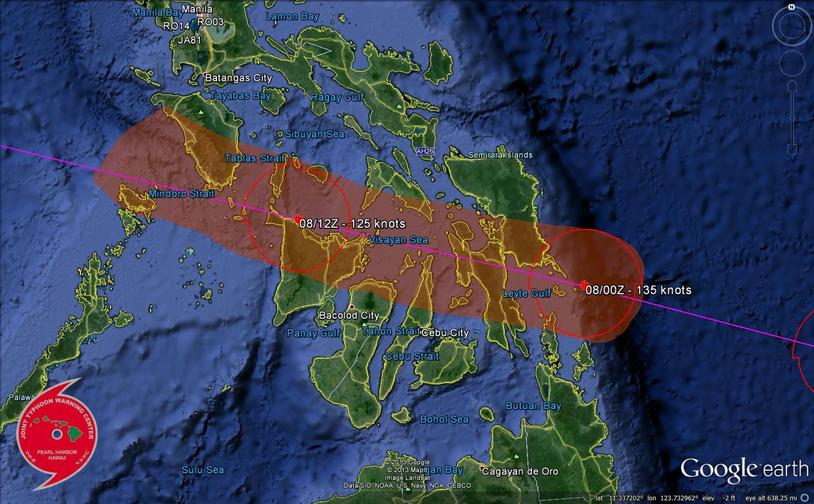 Wow. What a seven days it’s been since our last weekly re-cap – especially if you’re in, around, or have ties to the Philippines.

It all started on Thursday last week, when we at WeatherWatch noticed reports coming in from meteorological observers around the world – that a so called “Super Typhoon” was gathering momentum and energy in the Tropics. News organisations started to pick the story up on Friday (NZ time) and ran stories about the preparations that were taking place in the Philippines – mass evacuations and widespread relocation of people to higher ground. It was at this point that some weather analysts started realising it could potentially be the largest storm of its kind ever observed.

When the storm did hit, more than 100,000 people were in evacuation centres, prepared for the worst. And the worst it really was, as It roared onto the country’s eastern island of Samar at 4:30 a.m., flooding streets and knocking out power and communications in many areas of the region of Eastern Visayas, and then continued its march, barreling into five other Philippine islands as it moved across the archipelago.

Early estimates of casualties were sadly way off the mark, some saying it may be as low as 1,200 or so. Tragically, we now know that the real figure is far higher, somewhere in or above the region of 10,000– with thousands still unaccounted for.

In the wake of such a disaster, clean up, salvage and relief efforts were slow to get underway, the unique geographical and social situation providing a logistical nightmare for aid workers. Rain from a tropical depression grounded some relief flights, while blocked roads and poor conditions at some airports made delivering other aid a difficult proposition, increasing the misery of survivors and raising anxiety.

A week on, and some have started to try and fully understand exactly what happened, and why. Philip Duncan wrote an excellent piece, putting the sheer size and ferocity of the storm into some sort of perspective, which you can read here, while the CNN published a fact check article about Typhoons in general, and this one in particular.

Watch this space for more about the situation in the Philippines, while links to the Red Cross appeal providing aid in parts of the country can be found on the site too.

Closer to home, and the NZ Herald celebrated 150 years this week, which they did in style, by releasing some revealing pictures behind their online content, including some of our very own Philip Duncan. Check that article out here.

For those of you interested in what the weekend has in store for you, check out Phil’s latest video here.

And finally, the Cancer Society of NZ is running its annual “Ride to Conquer Cancer” this weekend – check out the details here.