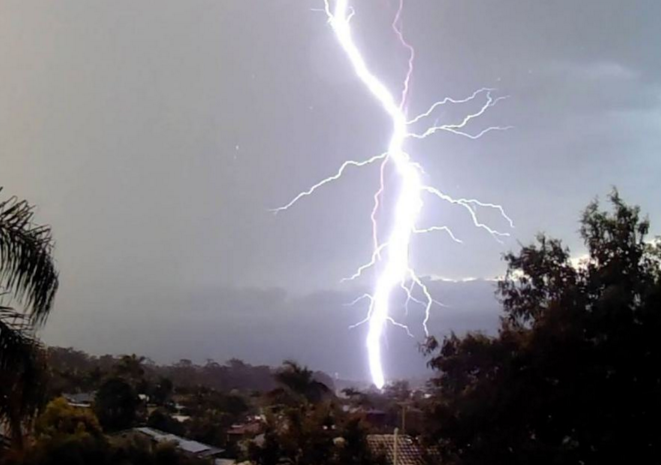 It’s been another week of crazy international weather and climate headlines – while at home, as spring starts to wind down, we’ve seen some westerly wind patterns, wet weather, and falling temperatures!

We’ll start in Mexico, where the weekend saw hurricane Patricia, the largest storm ever observed from space, cause the mass evacuation of hundreds of thousands of people from luxury beach resorts and impoverished hamlets long before the powerful Category 5 storm touched down Friday evening.

While the statistics and images were incredible and daunting, the hurricane center’s final advisory on what had been described as a potentially catastrophic storm came hours after Patricia had been downgraded to a tropical depression, sapped by mountainous terrain, with 35-mph sustained winds.
For now, there are no confirmed reports of storm-related fatalities or major damage.
“We are fortunate the hurricane … went to the mountainous areas,” Communications and Transport Minister Gerardo RuÃ­z Esparza told reporters.

Woke up in the night #Patricia update w latest view from @space_station Thoughts continue for all below #YearInSpace pic.twitter.com/MYmYLA3uPw

After Patricia left Mexican soil, in Texas, 20 inches (51cm) of rain fell over parts of the state over the first few days of the week, breaking some local rain records.
In southeast Texas, another 6 to 12 inches (15-30cm) fell on Monday (NZT) — even more in isolated spots.
Flash flooding in Houston led to 50 confirmed high water locations, emergency management spokesman Michael Walter said. Highways were closed and coastal flooding continued long into the week as a result.

News then came in from Asia – where the powerful earthquake that struck northeastern Afghanistan Monday also rattled people in Pakistan, India and Tajikistan, killing dozens, collapsing structures and creating panic.
In one northern Afghan town, 12 schoolgirls died in a stampede as they tried to evacuate their school during the quake.

A little close to home, several houses lost their roofs near Brisbane, as dangerous thunderstorms moved across Queensland’s south-east on Tuesday.
About 50 people called the State Emergency Service (SES) for help in the Fernvale area overnight Tuesday, after several trees toppled onto roofs and powerlines came down.

We frequently hear of the future dangers that human-caused climate change could bring, but few paint as bleak a picture as the one laid in a new study released this week.
The study by authors from Loyola Marymount University and the Massachusetts Institute of Technology offers a harsh assessment: Climate change could leave major cities in a key part of the Middle East, the oil-rich Persian Gulf region, unfit for humans to survive.
Check out more on the study’s findings, here.

And rounding out our international news, Costa Rica’s Turrialba volcano erupted spectacularly on Thursday (Friday NZT) in the latest of a series of eruptions.
According to officials, the eruption occurred at 8.37am local time and was a little bigger than recent activity at the site.
Check out the amazing video, below!

And back on home soil, we’ve had a wet week in parts of the country – and there’s more rain on the way this weekend!
Check out our detailed rain forecast, as well as what’s ahead for the start of November, here.

And don’t forget to take a look at our latest weather video, as well as vote in this week’s poll, below!