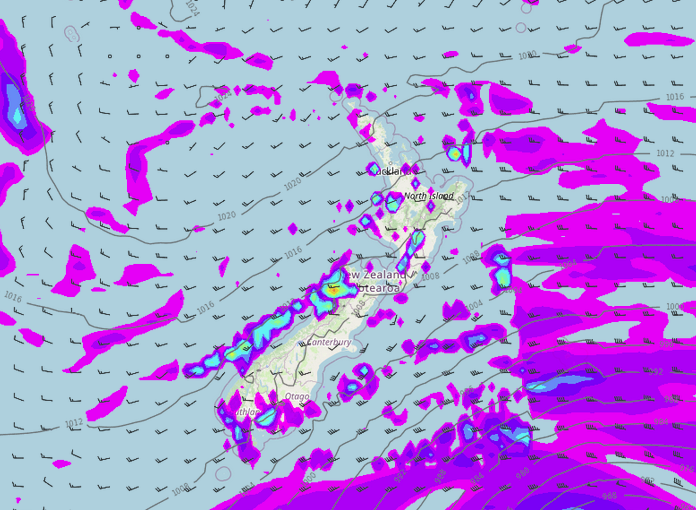 A west to southwesterly airflow continues over New Zealand today bringing showers or rain in the west and about the far south, dry in the east.

Northland, Auckland, Waikato & Bay Of Plenty
Occasional showers, more frequent in the morning, and more so in the west, eastern areas like Bay Of Plenty have a mainly dry day with sunny spells. Showers ease further in the evening with only a few remaining in the west. Gusty west to southwesterly winds.
Highs: 15-17

Wellington
Mostly sunny, there may be some cloud at times. Breezy northwesterly winds, gusty in the morning.
Highs: 14-15

West Coast
Showers, snow flurries above 800m, possibly as low as 500m for Fiordland in the morning then lifting during the day. Gusty southwesterly winds.
Highs: 7-13

Southland & Otago
Showers with gusty west to southwest winds, gales about the coast, winds easing in the evening and showers becoming more restricted to Southland. Northern parts of Otago may only see the odd shower at times during the day. Snow to 400m in the morning then gradually lifting.
Highs: 7-11