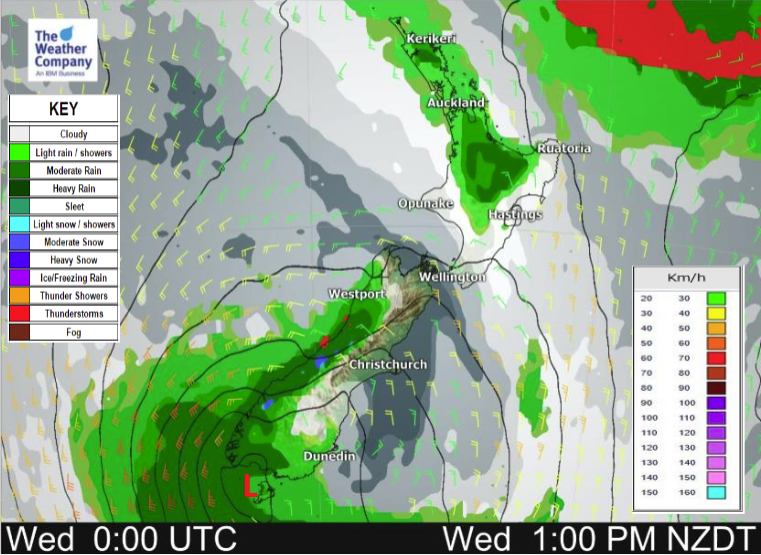 Rain or showers for most North Island regions today as a cold front moves through, the South Island has a bit of wet weather too, clearing about Nelson through to Canterbury this morning.

Temperatures are not overly warm today but highs will get into the low to mid twenties for most in the east and about the upper North Island, perhaps late twenties for the eastern North Island.

Northland, Auckland, Waikato & Bay Of Plenty
Mostly cloudy, may be a shower. Some rain moves in late morning then eases back to a few showers in the afternoon as northerlies change southwest.
Highs: 21-23

Eastern North Island
Mostly cloudy, a few spits or showers possible about Wairarapa in the morning then further north in the afternoon. Northerlies ease from afternoon about Napier and Gisborne, expect northwesterlies in Wairarapa.
Highs: 23-28

Marlborough & Nelson
Morning rain then sunny, there may be a touch of high cloud at times. Northwesterlies become gusty in the afternoon then ease overnight.
Highs: 21-24