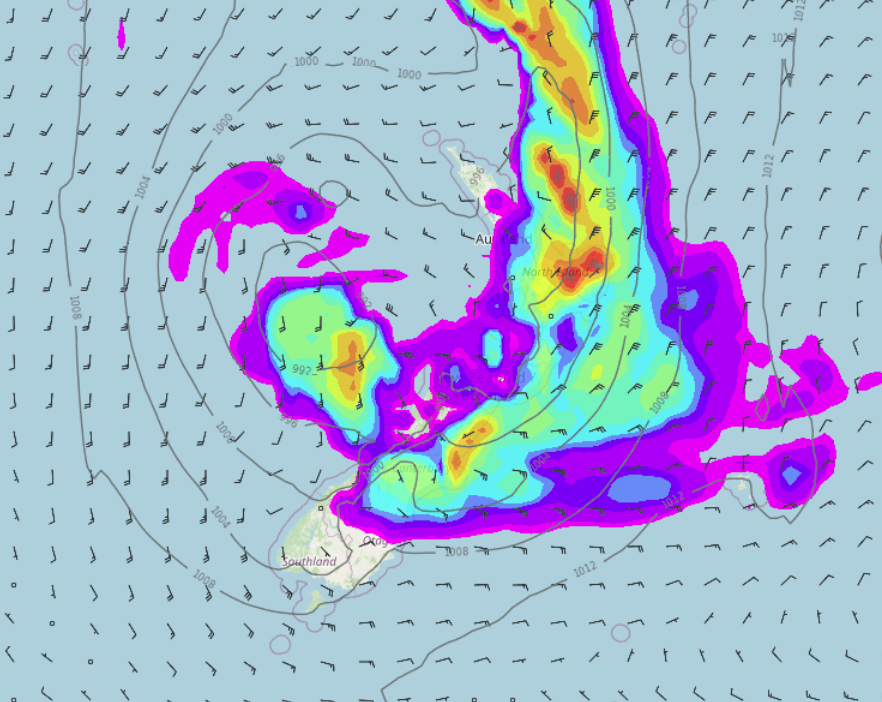 A large low pressure system centered in the Tasman Sea brings unsettled weather to New Zealand today, plenty of rain too in some spots. Southland and Fiordland stay dry though with some sun.

Western North Island (including Central North Island)
Morning rain eases to showers as easterlies change northwest, chance of a heavy fall and thunderstorm in the afternoon then easing in the evening and clearing.
Highs: 21-24

Southland & Otago
High cloud for Southland. Otago is mostly cloudy with some patchy rain from afternoon. Easterly winds, breezy about the coast.
Highs: 16-22