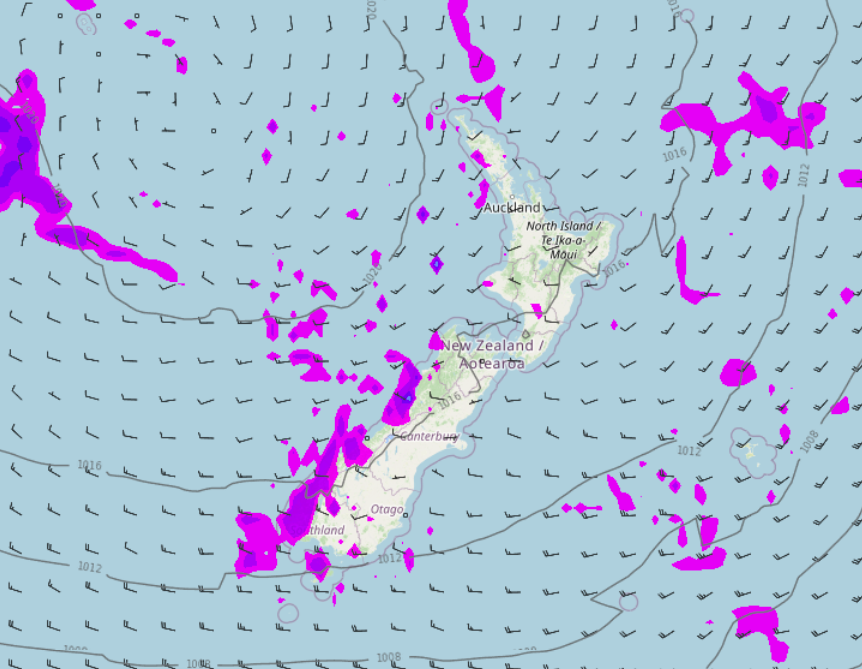 A west to southwesterly airflow lies over New Zealand today, moving around a large high sitting in the Tasman Sea.

There is the odd shower for some western regions and about Southland today, dry elsewhere. Temperatures are warming up a little in the east also getting into the mid to late teens.

Northland, Auckland, Waikato & Bay Of Plenty
Some morning sun then cloud and a few showers move through from around midday, parts of the Waikato and most of Bay Of Plenty stays dry though. Southwesterly winds.
Highs: 16-17

Eastern North Island
Mostly sunny, some high cloud moves through in the afternoon and evening. Light winds tend east to northeast for a time.
Highs: 15-17

Wellington
A mix of sun and cloud, northerly winds.
Highs: 14-16

Southland & Otago
Mostly cloudy for Southland, morning showers clear although there may be the odd spit at times for the rest of the day. Otago is sunnier with a touch of high cloud. West to northwesterly winds.
Highs: 12-14