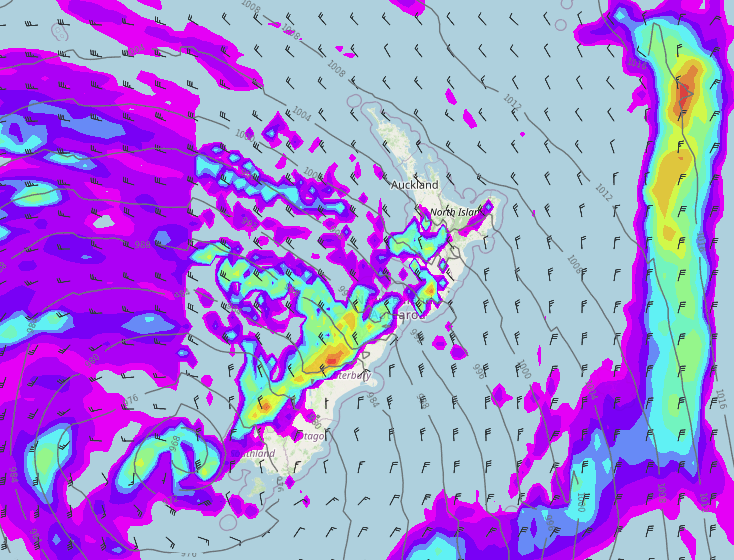 A strong northwesterly airflow lies over New Zealand today with rain or showers in the west, mainly dry weather out east although there could be some rain early this morning then clearing away.

Western North Island (including Central North Island)
Early rain with heavy falls, possible thunderstorms too then easing to showers, sun may break through at times. Gusty northwesterlies, strong to gale about the coast.
Highs: 14-19

Eastern North Island
A mainly sunny day, early spots of rain clear away. The odd spot of rain may continue to spread into Wairarapa at times from the west. North to northwesterly winds, gusty for Wairarapa.
Highs: 19-22

Wellington
Rain, there could be a thunderstorm and heavy falls at times. Northerlies rising to gale force in the morning.
Highs: 16-17

Marlborough & Nelson
Some rain, easing towards midday. There may be thunderstorms too especially about Golden Bay and the Sounds. North to northwesterly winds becoming strong late morning with gales about the Sounds.
Highs: 15-17

Southland & Otago
A mix of sun and cloud, a few spots of rain late afternoon or evening for Southland. Otago stays mainly dry all day. North to northeasterly winds.
Highs: 15-17