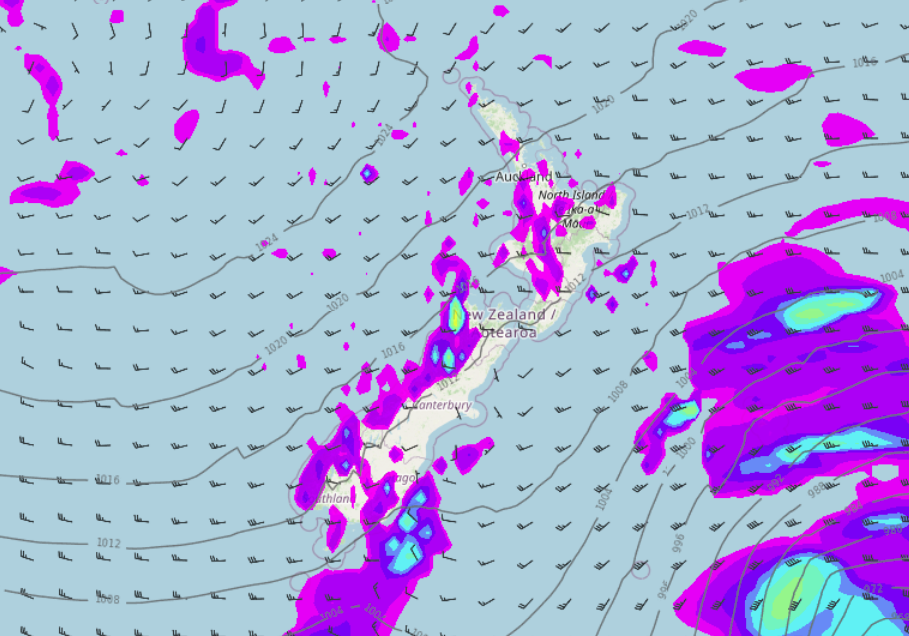 Most western regions and about the far south of the South Island will see rain or showers today, in the east it’s dry otherwise.

Northland, Auckland, Waikato & Bay Of Plenty
Cloudy areas and occasional showers, Bay Of Plenty is looking drier but a shower may sneak into western parts of the region at times. Breezy southwesterly winds ease in the evening.
Highs: 17-19

Marlborough & Nelson
Sunny, there may be some cloud for Nelson especially morning. Westerlies for Marlborough, winds tend more southwest for Nelson.
Highs: 16-19

Southland & Otago
Showers turn to rain in the morning for Southland and coastal Otago up to about Dunedin, easing back to showers late afternoon. Southern parts of Otago sees showers at times, further north it’s dry with mostly cloudy skies. Conditions become mainly dry in the evening for all. Gusty west to southwesterly winds.
Highs: 12-15