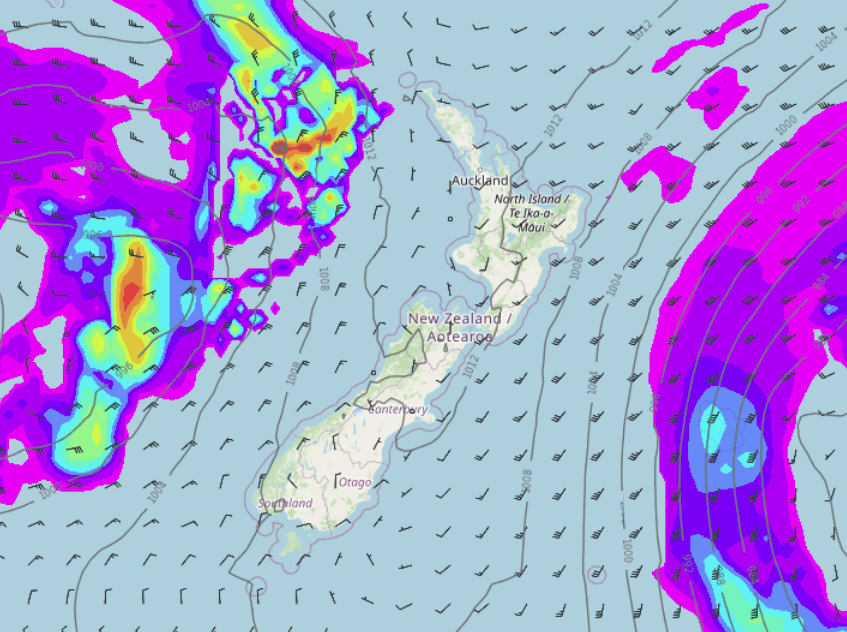 Mainly settled for New Zealand today under a thin ridge of high pressure, a front is moving in from the west though in the Tasman Sea and this brings rain to some western North Island areas overnight.

Marlborough & Nelson
Sunny, some high cloud later in the day. Light southwesterlies tend to the north in the afternoon.
Highs: 10-13

Canterbury
Sunny after a frosty start, some early coastal cloud clears with southwesterlies dying away. Winds tend east to northeast in the afternoon. Some evening high cloud.
Highs: 7-11