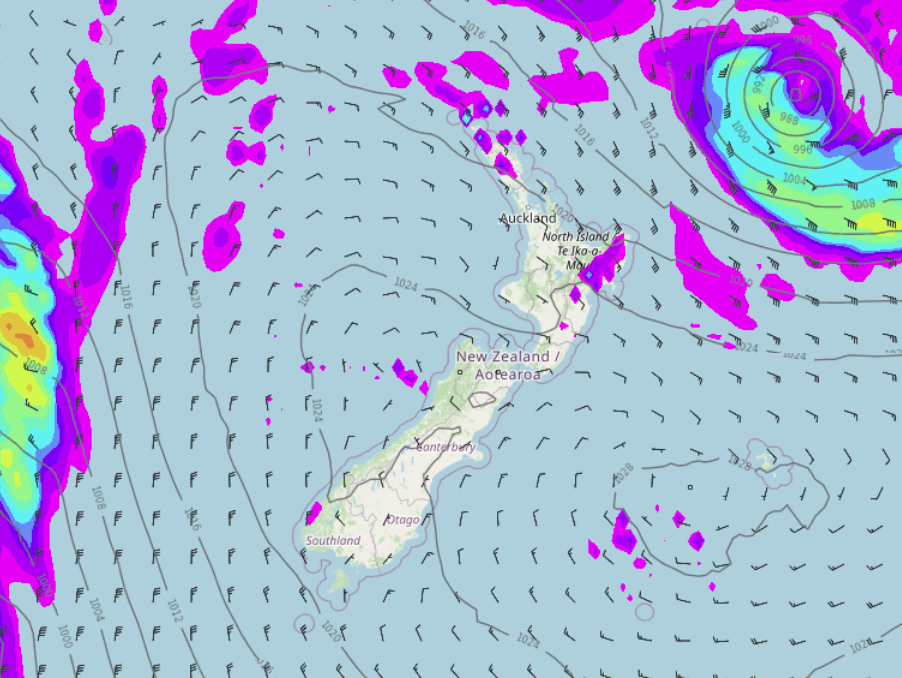 A southeasterly airflow over the North Island eases today meanwhile the South Island sits under a ridge of high pressure.

Most regions are fairly dry, just the eastern North Island and Coromandel through to eastern Northland continues to see showers.

Eastern North Island
A mostly cloudy day with the odd shower, Wairarapa may see some sun break through in the afternoon. East to southeasterly winds, breezy for Gisborne.
Highs: 13-16

Canterbury
Sunny after a frosty start, east to northeast winds pick up a little in the afternoon across the plains.
Highs: 11-13