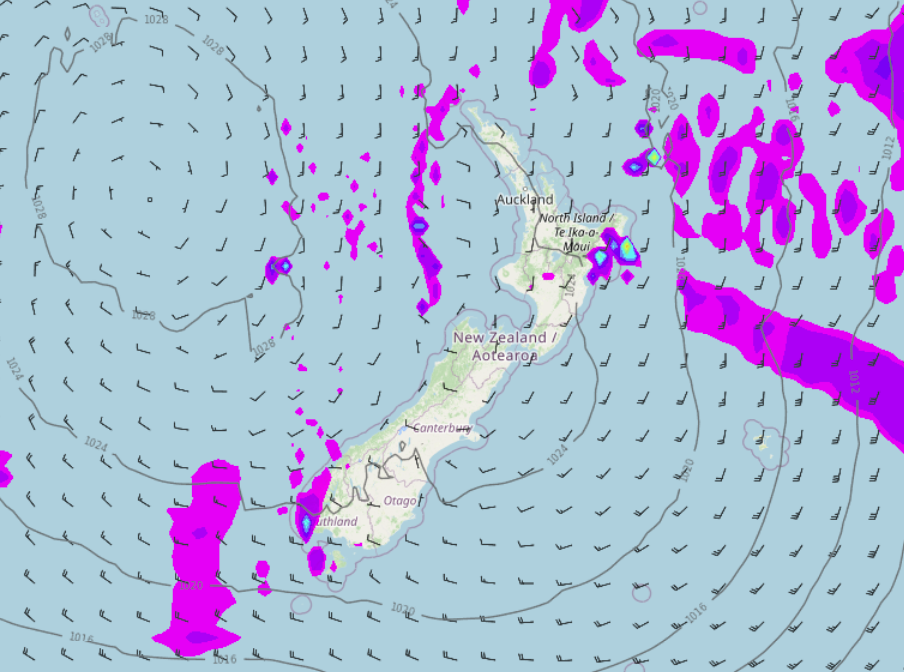 A ridge of high pressure gradually pushes in over New Zealand today, extending out from and anticyclone in the Tasman Sea. This brings increasingly settled weather to most regions although the eastern North Island still sees showers which finally clear this evening.

Eastern North Island
Mostly cloudy with a coastal shower or two, showers may become a little more widespread in the afternoon for a time then clearing evening. Southwesterlies die out later in the day.
Highs: 12-13

Wellington
Some cloud, chance of a shower around midday then sunny areas increase from afternoon. Southerly winds die out in the evening.
Highs: 12

Marlborough & Nelson
Any early cloud clears otherwise sunny, perhaps an early shower for Tasman then clearing. Light southerlies tend to the north or northeast in the afternoon.
Highs: 11-14

Canterbury
Some morning cloud then becoming mostly sunny around midday, southwesterlies at first then tending light northeast in the afternoon. Some high cloud later in the day.
Highs: 8-10

West Coast
Mostly sunny, some high cloud gradually spreads northwards from afternoon. Buller in the morning then down through to about Greymouth in the afternoon may see a shower or two spreading in from the north. Fiordland sees late evening showers. Light winds.
Highs: 10-14