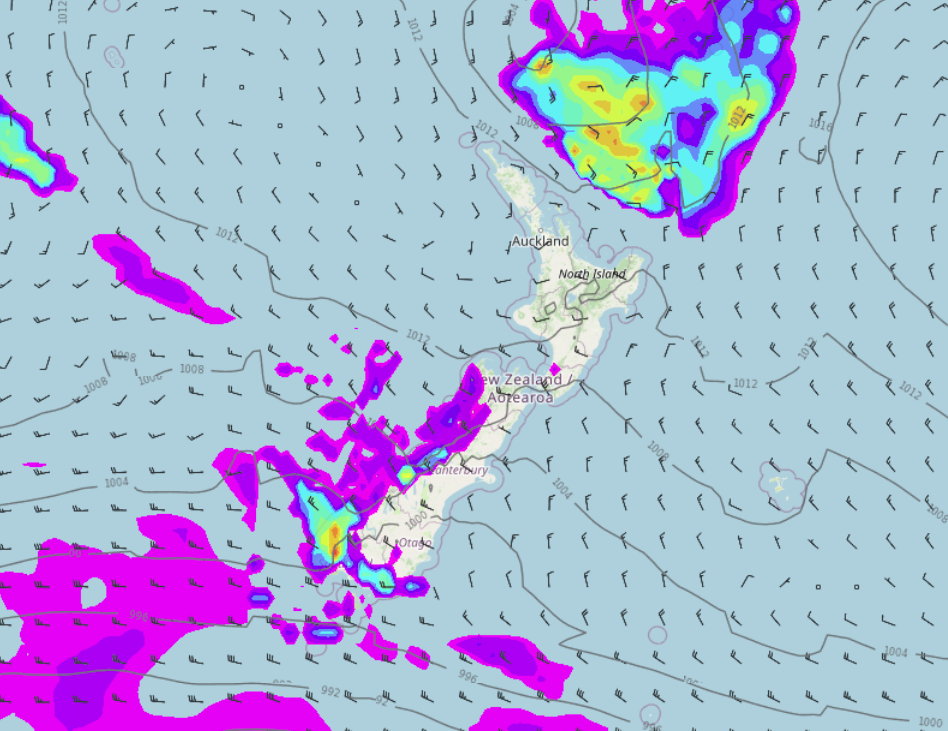 A northwesterly airflow lies over New Zealand today, warm weather in the east, showers for the West Coast. Expect some rain or showers about the far south also later this afternoon or evening as a front moves onto the area.

Northland, Auckland, Waikato & Bay Of Plenty
Morning cloud, perhaps a light shower then breaking to sunny areas but expect some high cloud for the rest of the day also. Southwesterly winds, afternoon northerlies for Bay Of Plenty.
Highs: 24-26

Western North Island (including Central North Island)
Morning cloud breaks to mostly sunny weather, there may be some high cloud. A few light showers for Kapiti clear up in the afternoon. West to northwesterly winds.
Highs: 21-22

Eastern North Island
Mostly sunny, some high cloud spreads down from the north during the day. Breezy northwesterlies for Wairarapa. Light winds further north tend onshore in the afternoon.
Highs: 25-28

Wellington
Morning cloud breaks to sunny spells, chance of a spit before midday, mainly in the north. Blustery north to northwesterly winds.
Highs: 22-23

Marlborough & Nelson
Sunny and hot with northwesterlies. Winds may tend a little more west to southwest for Nelson.
Highs: 26-30

Canterbury
Sunny and hot with northwesterly winds, gusty about inland areas in the afternoon and perhaps about North Canterbury through to the coast. Overnight winds change lighter southerly.
Highs: 25-29