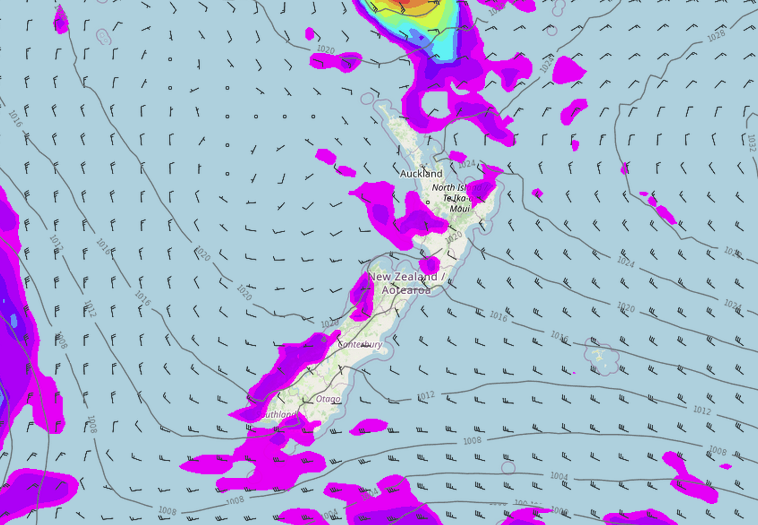 A front moves onto the lower North Island this morning meanwhile a northwesterly airflow over the country eases during today.

Western North Island (including Central North Island)
Showers turn to rain in the morning, easing back to showers in the afternoon and clearing evening. Gusty northwesterlies ease from afternoon.
Highs: 10-16

Eastern North Island
Sun and some high cloud, spits of rain for Wairarapa clear in the afternoon. Northwesterly winds.
Highs: 17-19

Wellington
Rain, clearing in the afternoon with sun breaking through. Gale northwesterlies ease after midday.
High: 15

Canterbury
Sunny with some high cloud later in the day, morning rain in the high country clears. North to northwesterly winds ease around midday.
Highs: 12-18

West Coast
Showers ease, clearing in the afternoon with sun breaking through as northwesterlies change southwest. Showers remain for Fiordland though.
Highs: 10-14

Southland & Otago
Occasional spits or showers for Southland and the Lakes District, clearing evening. Otago has a mix of sun and cloud. West to northwesterly winds, strong about the Southland coast.
Highs: 11-15