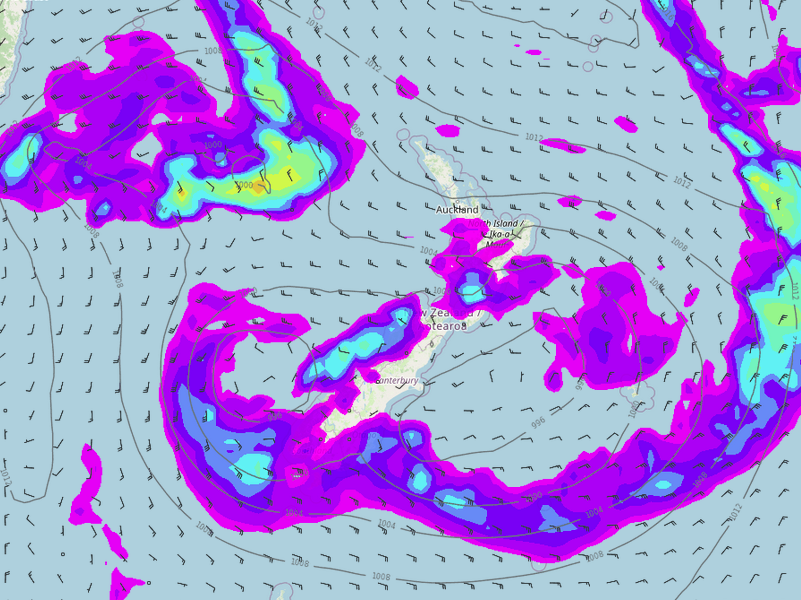 A couple of low centres straddle the South Island today, expect more cloudy weather with rain or showers. Rain should ease for the eastern South Island. Overnight a low coming out of the Tasman to the northwest brings rain into the western North Island.

Wellington
Rain eases to showers in the morning with southerlies tending northwest in the afternoon.
Highs: 13-14

Marlborough & Nelson
Morning rain clears then dry with sun breaking through in the afternoon as northwesterlies freshen. A few showers may continue to pass into Nelson from the west.
Highs: 14-16

Canterbury
Mostly cloudy with patchy showers or drizzle, quite a few dry areas may develop from afternoon. Southwesterly winds.
Highs: 6-14

West Coast
Mostly cloudy with rain north of about Greymouth, in the afternoon rain or showers moves in further south. Winds eventually tend to the north or northeast.
Highs: 11-14