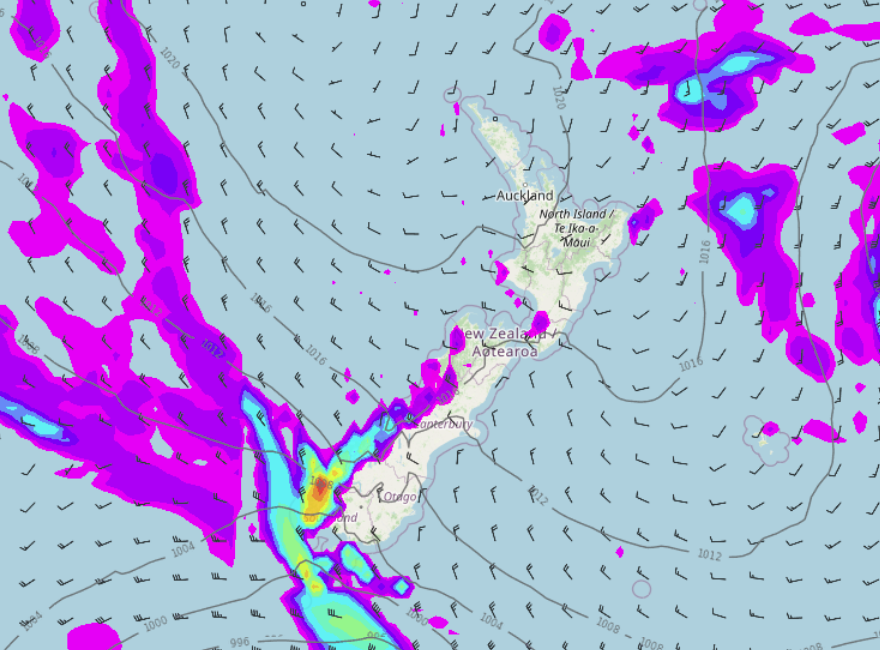 Conditions are mainly settled today thanks to a ridge of high pressure, but it doesn’t last for long with a cold front moving into the lower South Island later this evening.

Northland, Auckland, Waikato & Bay Of Plenty
Mostly sunny, there may be a clearing early shower for Northland. Some evening cloud for Waikato and Bay Of Plenty, Auckland overnight. Southwesterly winds.
Highs: 12-14

Wellington
Mostly sunny, there may be some cloud at times mainly in the north. Northwesterlies pick up from afternoon.
High: 11-12