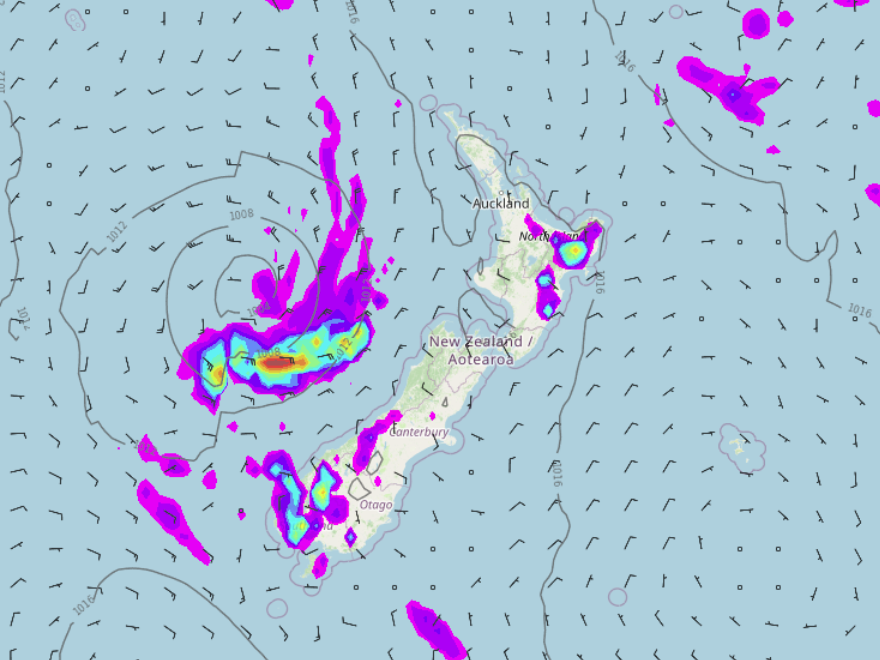 A low pressure system sits in the Tasman Sea today but stays out there, New Zealand has mainly settled weather with areas of low cloud or fog this morning then perhaps a few isolated showers this afternoon about some inland hills and ranges.

Western North Island (including Central North Island)
Morning low cloud or fog then mostly sunny, cloud builds about the Central Plateau in the afternoon bringing the risk of an isolated shower. Light winds tend onshore in the afternoon.
Highs: 19-24

Eastern North Island
Morning low cloud or fog then mostly sunny, cloud returns at night. Isolated showers develop about the ranges of Hawkes Bay and Gisborne in the afternoon, some may become heavy then clearing later on. East to northeasterly winds.
Highs: 20-25

Canterbury
Morning lower level cloud or fog then afternoon some sun and high cloud, cloud thickens again in the evening. Low risk of an isolated shower inland about the foothills in the afternoon. Light southerlies, winds may tend easterly in the afternoon Banks Peninsula northwards.
Highs: 19-23

Southland & Otago
Cloudy for coastal Otago, elsewhere has some high cloud then thickening and lowering in the afternoon with a few spits and showers developing, clearing later in the evening. Light winds.
Highs: 18-21