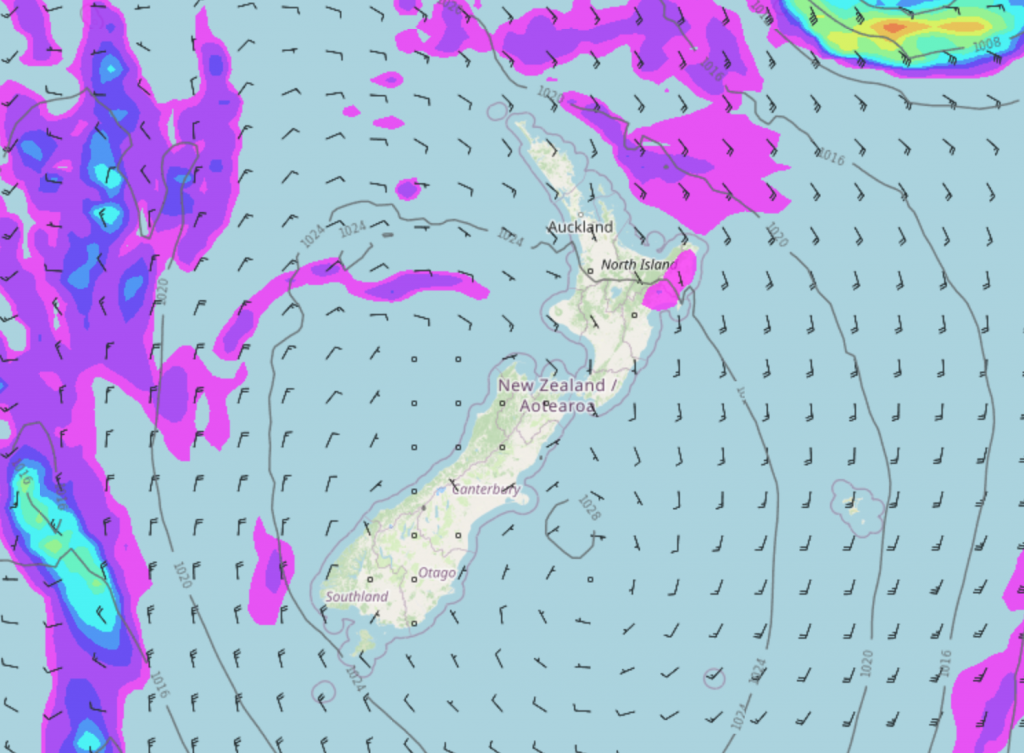 A high brings settled weather to the South Island today, southeasterlies further north bring showers to the eastern North Island, drier in the west apart from north of Auckland which has a few showers.

Northland, Auckland, Waikato & Bay Of Plenty
Cloudy areas, sun at times. Occasional showers for Coromandel and north of Auckland (especially in the east). Southeasterly winds, gusty in the morning then gradually easing.
Highs: 11-13