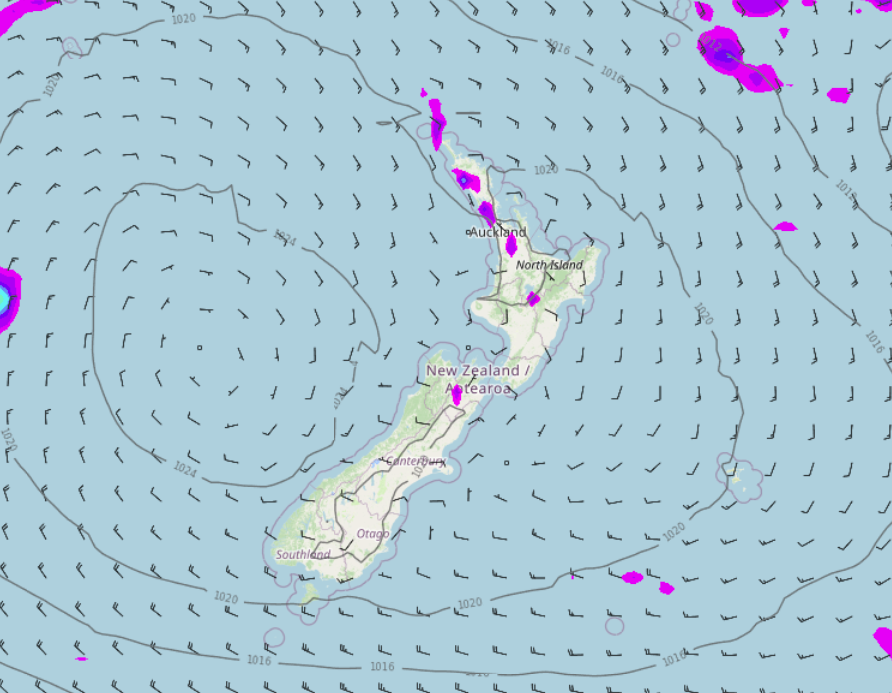 A high pressure system covers New Zealand today bringing mainly settled weather, there may be a light shower or two for the eastern North Island and some parts of the upper North Island.

Eastern North Island
Morning cloud with a light shower or two then sunny spells increase, the odd shower may linger for Hawkes Bay and Gisborne into the afternoon then clearing. Light to moderate southerly winds.
Highs: 18-21

West Coast
A mix of sun and cloud, chance of an isolated shower late afternoon / evening inland about the ranges otherwise mainly dry. Light winds tend to the west.
Highs: 18-22

Southland & Otago
A mix of sun and cloud. Light winds tend onshore in the afternoon.
Highs: 17-24