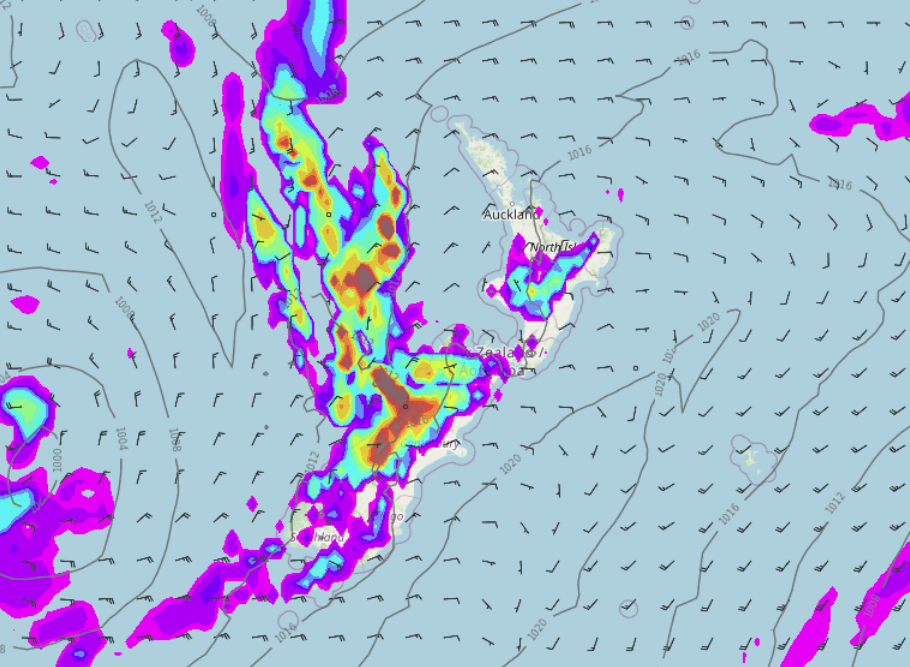 An anticyclone sits just to our east today meanwhile there is a low in the Tasman Sea, between the two a northeasterly airflow lies over the country. Meanwhile a front running almost parallel with the country slowly pushes over New Zealand moving in a northwest to southeast fashion.

Western North Island (including Central North Island)
A few morning showers then clearing away, a few sunny spells break through in the afternoon but isolated showers may develop too, perhaps even an isolated heavy fall. Light winds, tending a little more onshore in the afternoon. Very humid and hot.
Highs: 25-28

Marlborough & Nelson
Cloudy, spits of rain or drizzle develop during the morning for Nelson and in Marlborough by midday, more persistent rain overnight. Easterly winds tend northerly later on.
Highs: 23-25

Canterbury
Cloudy with rain developing in the afternoon spreading from the west, rain may be heavy from evening inland especially about the high country. East to northeasterly winds.
Highs: 18-24