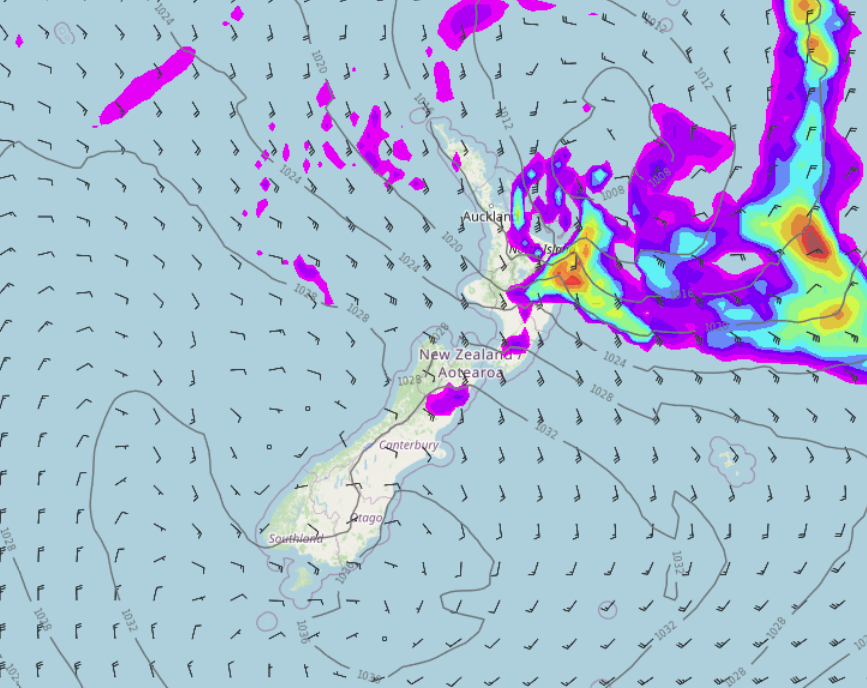 A blustery southeasterly airflow lies over the North Island today bringing rain in the east with heavy falls possible north of about Mahia Peninsula, scattered showers out west. The South Island has high pressure, sunny in the west with the odd drizzle patch in the east fading away.

Western North Island (including Central North Island)
Mostly cloudy, showers about the Central Plateau spreading over from the east, a few spits or showers elsewhere for a time late afternoon / evening. Gusty southeasterlies, strong to gale about coastal parts.
Highs: 9-17

Marlborough & Nelson
Mostly cloudy for Marlborough with any drizzle clearing in the afternoon. Nelson has some sun and high cloud with warmer temperatures. Southeasterly winds, gusty for Marlborough, strong to gale force about the Sounds.
Highs: 13-18

Canterbury
Drizzle, especially inland, clearing during the afternoon. Sun starts to break through near the coast after midday. Southerlies tend east to northeast this afternoon.
Highs: 12-15