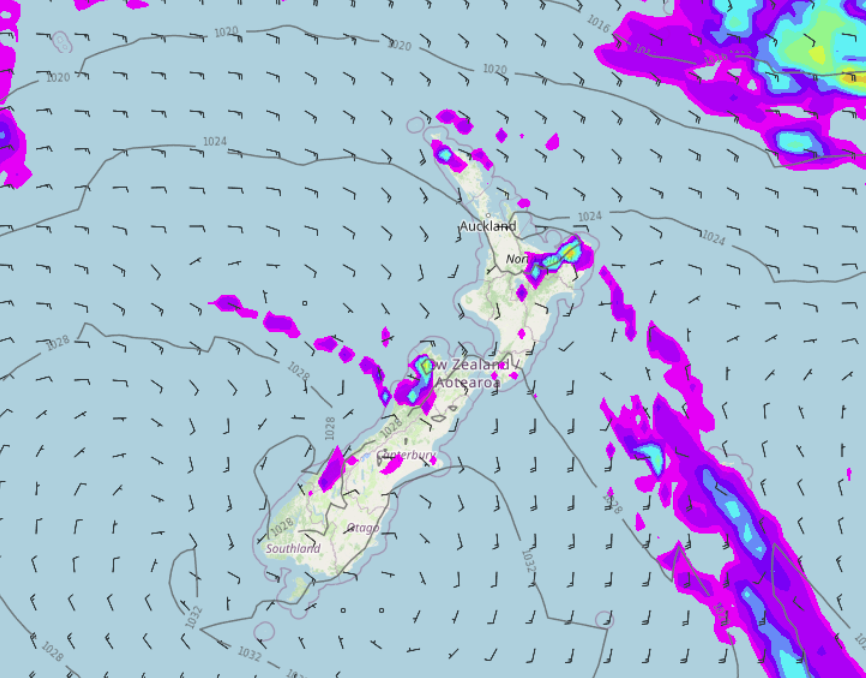 A weakening front moves onto the North Island today bringing in a southerly quarter airflow, high pressure quickly moves in behind over the South Island.

Northland, Auckland, Waikato & Bay Of Plenty
Any morning cloud breaks away then mostly sunny, in the evening cloud thickens out east with the odd shower (Coromandel through to eastern Northland). Southerlies die away then easterlies later on.
Highs: 26-28

Western North Island (including Central North Island)
Cloud pushes through in the morning as southeasterlies freshen, becoming mostly sunny in the afternoon.
Highs: 22-27

Eastern North Island
A few showers about Wairarapa spreading northwards during the afternoon as southwesterlies freshen, sun before showers move in.
Highs: 21-25

Canterbury
Morning showers clear, a few may hang around till afternoon and perhaps not clearing Kaikoura till evening. A mostly cloudy day but some sun may break through in the afternoon. Southwesterlies tend northeast late afternoon.
Highs: 16-19