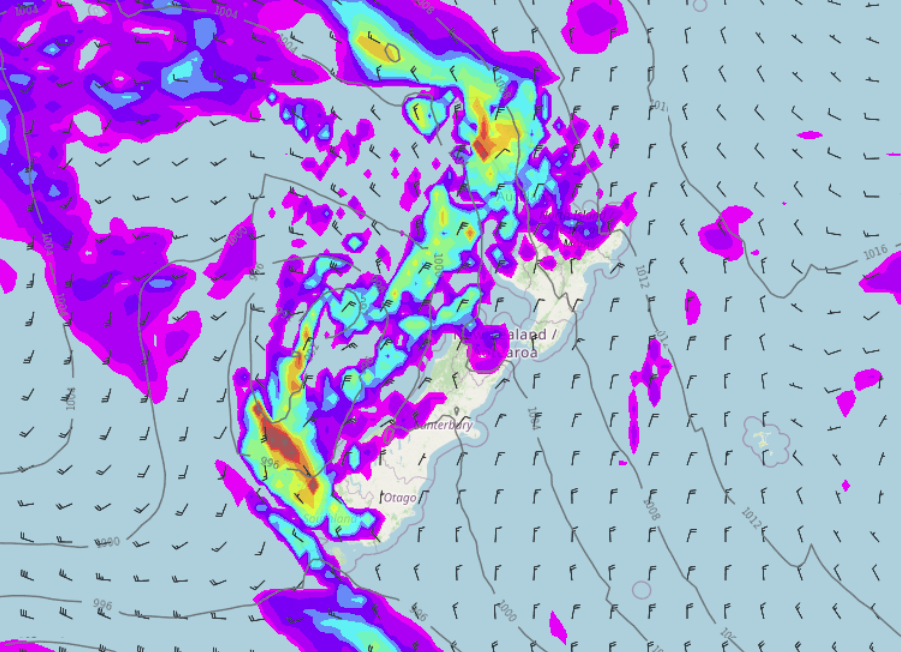 A frontal system pushes in from the Tasman Sea today bringing showers then rain to western regions, dry out east for the most part but later in the evening some scattered rain reaches the eastern North Island.

Northland, Auckland, Waikato & Bay Of Plenty
Cloud thickens up in the morning, there may be a spit or shower about then rain pushes down from the north during the afternoon as northerlies freshen. Rain eases from the north evening onwards. Rain may be heavy about Bay Of Plenty for a time in the evening before easing overnight.
Highs: 15-16

Western North Island (including Central North Island)
Areas of cloud and some sun, a shower or two about Taranaki and Kapiti. In the afternoon rain picks up about Taranaki then spreading elsewhere in the evening. There could be an overnight thunderstorm for some coastal spots. Northerly winds, gusty about Taranaki.
Highs: 10-16

Eastern North Island
A mix of sun and high cloud, high cloud starts to thicken up from afternoon then later in the evening rain spills over from the west. Light winds tend to the north around midday.
Highs: 15-17

West Coast
Cloudy with showers, turning to rain in the evening. Rain about Fiordland is heavy in the evening then easing after midnight. Northeasterlies change southwest overnight.
Highs: 10-13

Southland & Otago
Sunny areas and thickening high cloud, some rain from later in the evening about Southland as northerlies change to the westerly quarter. Overnight rain for Otago.
Highs: 9-12