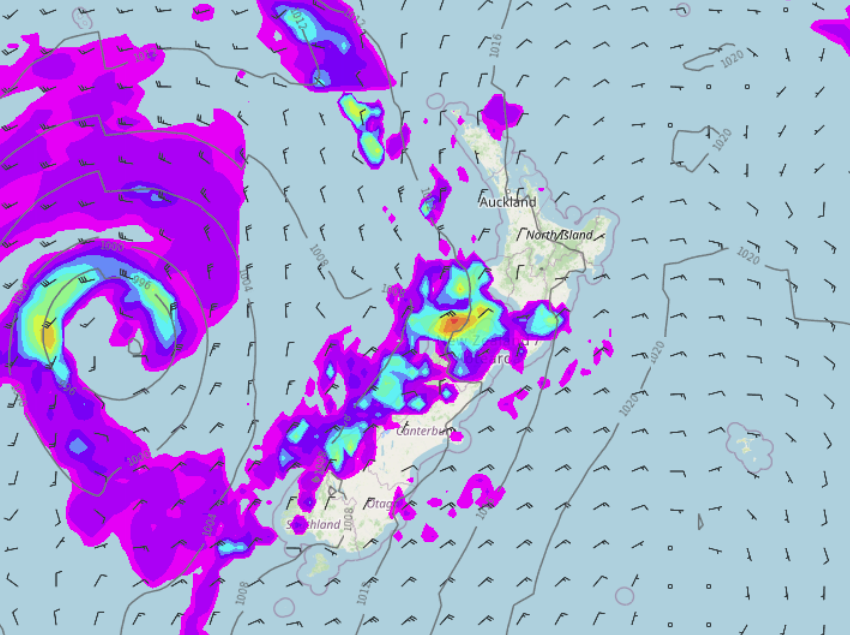 A front pushes in from the west today bringing rain to the West Coast and Nelson / Marlborough from around midday, a few showers move into the western North Island this afternoon. Winds are from the northeast for most.

Eastern North Island
Morning cloud, perhaps some drizzle then sun breaks through towards midday. In the afternoon cloud thickens up again south of about Napier bringing a few spits of rain then clearing in the evening. Northeasterly winds.
Highs: 17-20

Marlborough & Nelson
Some sun and thickening cloud, rain develops late morning for Nelson then spreading into Marlborough early in the afternoon. Northeasterlies tend to the north by evening.
Highs: 15-18

Canterbury
Mostly cloudy, some morning coastal drizzle then clearing. Sun may break through especially inland. Late afternoon or evening cloud thickens bringing a few spots of rain pushing over from the west then clearing at night. East to northeasterly winds, breezy about the coast.
Highs: 15-18

Southland & Otago
A mix of sun and cloud, a few spits or showers possible late afternoon or evening for inland areas. Coastal Otago has a mostly cloudy day with the odd drizzle patch. East to northeasterly winds, breezy for coastal Otago.
Highs: 14-20