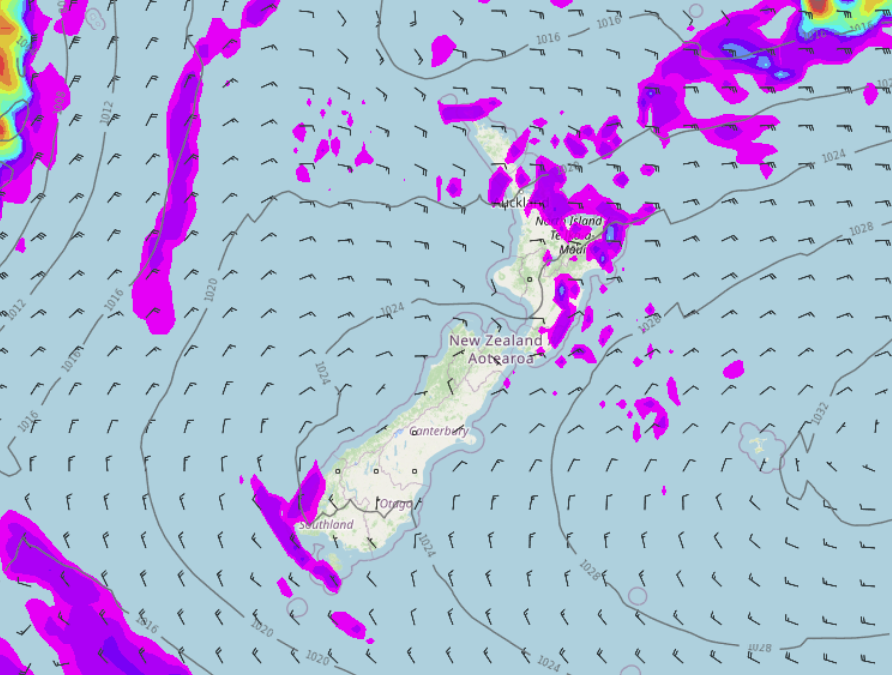 An east to southeasterly airflow eases over the North Island today, the South Island sits under a ridge of high pressure.

Most regions are fairly dry today but we still have showers in the east and northeast of the North Island.

Northland, Auckland, Waikato & Bay Of Plenty
Cloudy areas and the odd shower, parts of Bay Of Plenty (especially inland) and western Waikato may have a mainly dry day. East to southeasterly winds.
Highs: 17-20

Canterbury
Areas of morning cloud (perhaps some fog inland) then some afternoon sun but expect some high cloud, light winds tending northeast near the coast.
Highs: 10-13

Southland & Otago
High cloud and some sun, there may be a few areas of low cloud or fog about some inland areas then breaking in the afternoon. Light winds.
Highs: 10-14