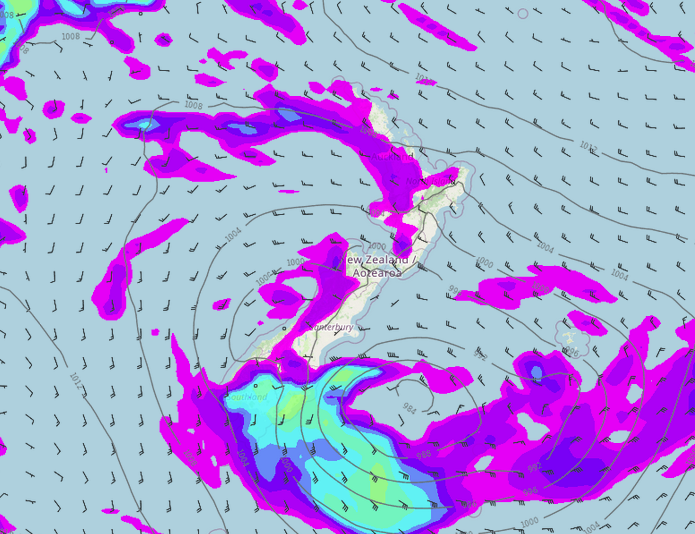 The low that brought very unsettled weather yesterday moves away to the southeast of the South Island today. Expect a northwesterly airflow for the North Island, southwesterlies further south.

Western North Island (including Central North Island)
Occasional showers, more so in the morning then easing a little towards midday. Sunny spells, especially in the afternoon. Gusty northwesterlies, strong about the coast, gradually easing.
Highs: 11-16

Wellington
A few spits or showers, more so in the north, sunny spells. Strong northwesterlies, gale through Cook Strait.
Highs: 14-15

Southland & Otago
Rain, snow to 500m may get as low as 400m later in the day. Southerly winds for Southland, strong southwesterlies for coastal Otago, light winds inland.
Highs: 7-8