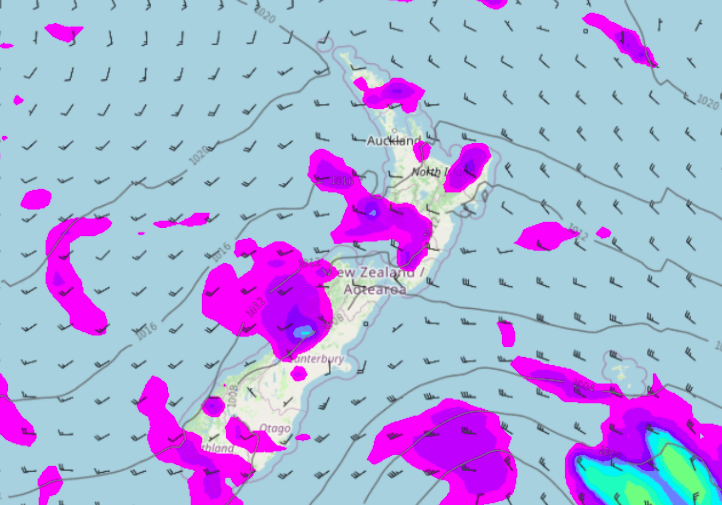 The airflow changes to the southwest over the South Island today then moving over the North Island overnight. Rain or showers in the west and south gradually eases, chance of a shower later today for Canterbury.

Northland, Auckland, Waikato & Bay Of Plenty
A few showers turning to rain during the morning as a cold front moves over, clearing up mid afternoon and some sun breaking through as westerlies tend southwest
Highs: 19-21

Eastern North Island
Morning spits or showers, especially about Wairarapa then becoming mostly sunny around midday. Northwesterlies tend a little more to the west in the afternoon.
Highs: 18-25

Wellington
Some cloud, the odd spit or shower. Blustery northwesterly winds die away in the evening.
Highs: 16-17

Canterbury
Mostly sunny then cloud develops from afternoon as northwesterlies change southwest, there may be a shower also mainly later in the day.
Highs: 17-20