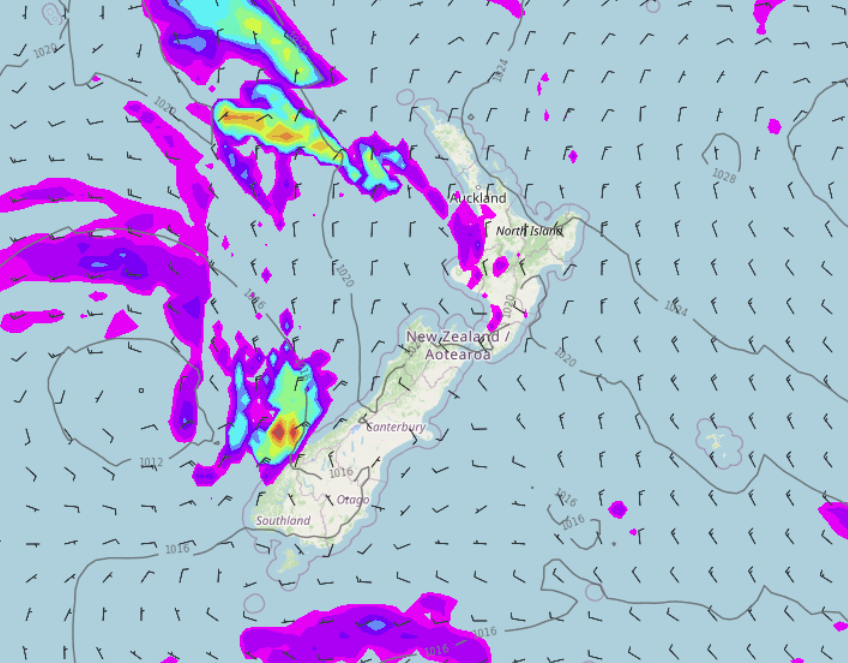 A broad area of low pressure lies in the Tasman Sea today and there is a high out to our east in the Pacific, New Zealand is stuck in the middle under a slack pressure gradient.

Canterbury
Morning cloud then afternoon sun Banks Peninsula southwards, cloud may thicken up again late afternoon or evening bringing the risk of an isolated shower inland about the foothills. A mostly sunny day north of Banks Peninsula with some high cloud. Light southwesterlies tend to the east after midday.
Highs: 18-22

Southland & Otago
Early cloud breaks to some sun, cloud starts thickening up again from midday. Isolated showers develops this afternoon, some may even become heavy in spots, especially inland just away from the coast in the east. Light winds.
Highs: 17-22