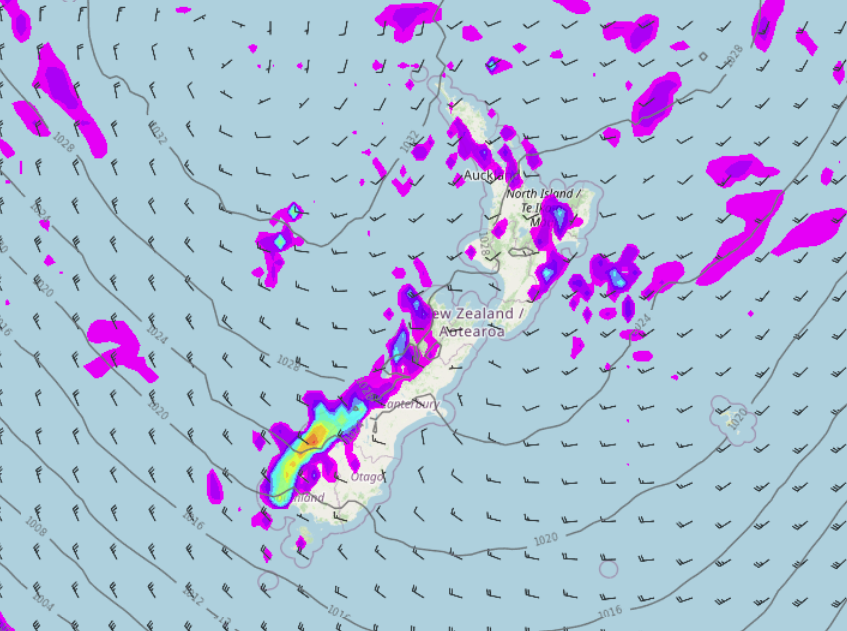 A southwesterly airflow lies over the North Island today meanwhile further south conditions are tending northwest. Western regions in general see a few showers about while it’s mainly dry with some sun in the east.

Western North Island (including Central North Island)
A mix of sun and cloud, chance of a shower or two. West to southwesterly winds.
Highs: 10-16

Eastern North Island
Mostly sunny, some high cloud possible. Light winds may tend southerly for a time with the chance of an isolated shower in the afternoon.
Highs: 15-17

Wellington
Early cloud clears then sunny, morning southerlies then tending to the north in the afternoon.
Highs: 14-15

West Coast
Mostly cloudy, Fiordland has some rain, further north has the risk of a shower, mainly from afternoon. Light winds.
Highs: 11-13