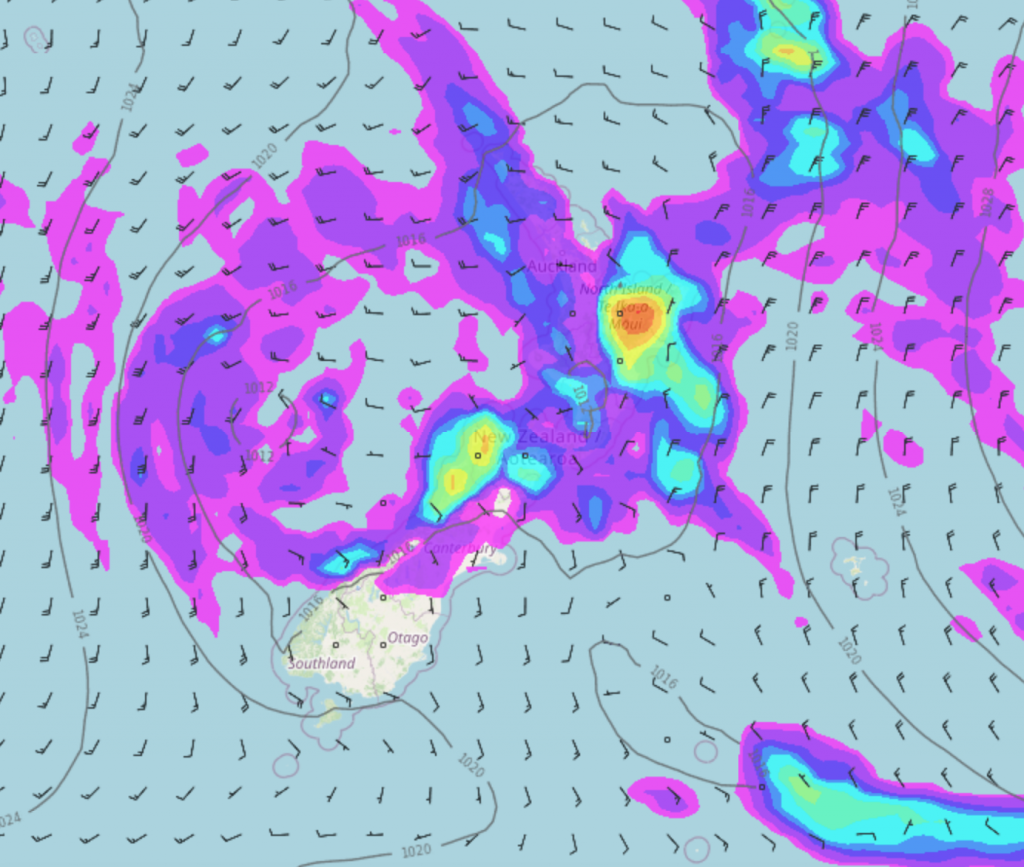 Northland, Auckland, Waikato & Bay Of Plenty
Mostly cloudy with showers, some rain later in the evening or overnight with a chance of thunder and hail as southwesterlies strengthen.
Highs: 14-17

Western North Island (including Central North Island)
Showers or a few areas of rain, later in the evening rain may be heavy with some thunder and hail. Northerlies change southwest in the morning, southerlies strengthen at night.
Highs: 11-15

Eastern North Island
The odd shower, rain about East Cape and Gisborne may become heavy in the morning then easing. Rain from midday elsewhere as light winds tend southwest. Rain may be heavy for a time about Wairarapa in the afternoon then easing evening.
Highs: 13-17

Wellington
A few showers, some rain from midday. Southerlies strengthen later in the day.
Highs: 13-14

Marlborough & Nelson
Mainly dry in the morning, showers or rain develops in the afternoon as light winds tend to the south.
Highs: 12-13

Canterbury
Mostly cloudy with showers, North Canterbury may be dry in the morning. Overnight rain develops Banks Peninsula northwards as southwesterly winds strengthen. Snow flurries to 600m, lowering to 400m in the evening in the south.
Highs: 5-10

West Coast
Showers, clearing in the evening as light winds eventually tend southeast. Dry all day for Fiordland though.
Highs: 9-12

Southland & Otago
Mostly cloudy, chance of a spit or shower, more for Otago where there will be some light snow to 500m. South to southeasterly winds.
Highs: 7-8